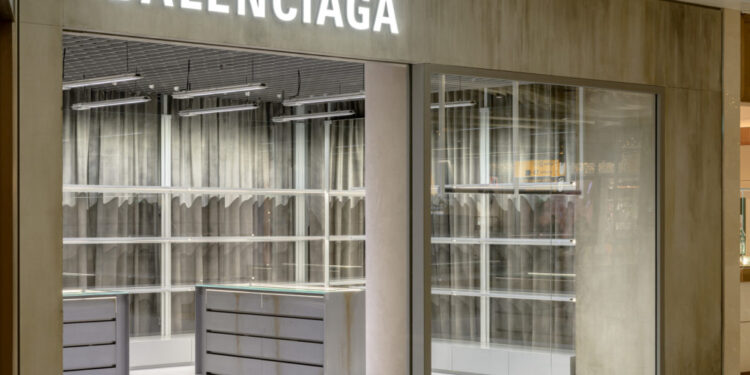 Fashion house Balenciaga is suing the production company behind its spring 2023 campaign after paperwork about a Supreme Court ruling on child pornography was identified in one of the images.

On a messy desk featured in one image, the bag is atop copies of what appear to be documents from the Supreme Court Case United States v. Williams, a case “which confirms as illegal and not protected by freedom of speech the promotion of child pornography,”

In their report, the luxury brand is seeking at least 25 million dollars in damages from the North Six, Inc production company.

In its statement to CNN, Balenciaga said “all the items included in this shooting were provided by third parties that confirmed in writing that these props were fake office documents further clarifying that they had no knowledge of and did not authorize the inclusion of this particular piece of paperwork.

As it continues with its own investigation into the matter, Balenciaga said it is taking accountability for its lack of oversight and control of the campaign images.

“We are reinforcing the structures around our creative processes and validation steps.”

“We want to ensure that new controls mark a pivot and will prevent this from happening again,” it said in a statement.

Gabriele Galimberti, the photographer behind the holiday campaign, released a statement distancing himself from the imagery after it received backlash from twitter and Tiktok.

“I am not in a position to comment on Balenciaga’s choices, but I must stress that I was not entitled in whatsoever manner to neither chose the products, nor the models, nor the combination of the same,”

“As a photographer, I was only and solely requested to light the given scene and take the shots according to my signature style.” he wrote.

Balenciaga had apologized for the campaign last week, saying it had “immediately removed the campaign from all platforms.”

Anti-FGM Teams in Kenya and Uganda Concerned Over Rising Cases

What do you know about the ‘Fathers’ of African independence?