by John Ouma
in Banking
0 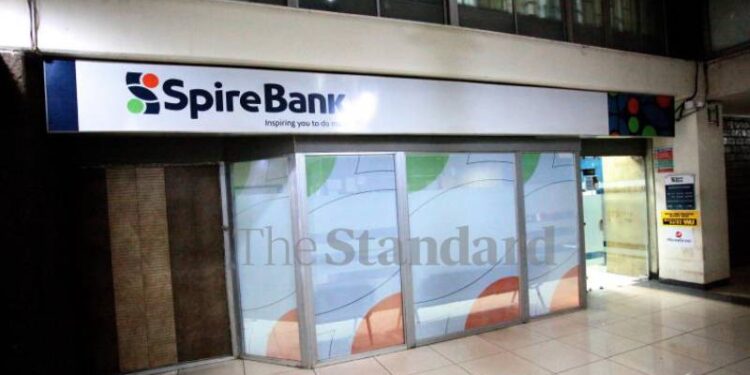 The decision to sell Spire Bank’s good books to Equity has sparked protest among board members with the director of the board Mr. Benson Milai resigning last week.

Earlier in March, two board members, David Wachira, the former chairperson, and Wycliffe Osoro resigned, less than one year after another board member Christine Sabwa left from the teachers- owned bank.

Also, the issue of how the transaction will be funded is under contestation. Should the transaction – christened project Gamma – be successful, Central Bank of Kenya (CBK) will lend Mwalimu Sacco some Sh1.7 billion.

The Banking, Insurance and Finance Union (BIFU) had previously moved to court, accusing the two banks of failing to involve the workers in the transaction process. Employment and Labour Relations court judge Maureen Onyango directed Spire Bank to involve its employees in the process of selling the struggling lender to Equity as the acquisition deal enters the final stages.

She, however, said the transaction can proceed as long as it is done within the provisions of the law. Equity made an offer to buy Spire Bank in a deal that required Mwalimu Sacco to fund the deficit and potential liabilities to the bank, including the taxes.

Consequently, Equity bank said during the signing of the deal Monday that it would inherit over 20,000 depositors and 3,700 loan customers in Spire Bank. The deal will see Equity, which has a Sh1.3 trillion asset base; take over Sh945 million in loan assets from struggling Spire Bank and deposit liabilities of Sh1.3 billion.

Teachers have put billions of shillings over the years in the bank acquired from the late Naushad Merali in 2015 for Sh2.4 billion. Spire Bank accumulated losses of Sh9 billion, including a Sh3.4 billion conversion of teachers’ deposits into equity.

Woman Arrested For Biting Off Lover’s Finger In Kisumu