by Susan Mukami Mwangi
in Business
0 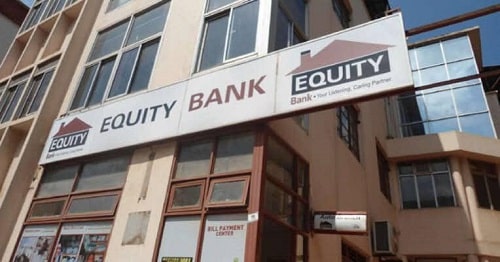 Equity Group has reported a Sh34.3billion profit for the first nine months of the year, a 27.9 per cent jump from Sh26.9billion posted in the same period last year.

Interest earnings from lending rose 23.43 percent to Sh59.84 billion, while non-interest income from transactions went up 32.06 percent to Sh42.22 billion.

The profit was attributed to non-funded income which rose by 31 per cent to Sh41.1billion in the period from Sh31.4billion in Q3 2021, contributing 41 per cent of total income.

Speaking at the investor briefing, Equity Group CEO James Mwangi attributed the growth to customers’ centric products that have seen the lender hit a new milestone in deposits.

“It took us over 38 years to build one trillion, but it now evident that if we sustain the current growth rate, the second trillion will be realized in less than 5 years,” said Mwangi.

The Board recommended an interim dividend of Sh8.8 per share for the period.

Covid Virus Can Stay on Some Groceries for Days