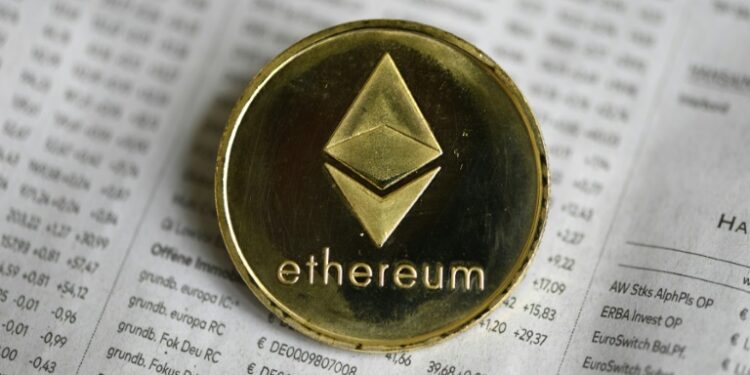 Senior figures in the crypto world said on Thursday that one of the biggest software upgrades the sector has ever seen was completed, an overhaul of the Ethereum blockchain aimed at reducing its massive energy consumption.

Developers had spent years working on a more energy-efficient version of Ethereum, a digital ledger that underpins a multibillion-dollar ecosystem of cryptocurrencies, digital tokens (NFTs), games and apps.

“And we finalized!” tweeted Ethereum’s co-creator Vitalik Buterin, calling it a “big moment for the Ethereum ecosystem”.

Ethereum is the second most important blockchain after bitcoin, but it has faced criticism for burning through more power each year than New Zealand.

Buterin quoted research claiming that the “merge”, as developers have called the software upgrade, would reduce global energy consumption by 0.2 percent.

Enthusiasts hope a more energy efficient Ethereum will spur wider adoption, particularly as a way of enabling banks to automate transactions and other processes.

But so far the technology has been used largely to create speculative financial products.

And critics remain sceptical of the claims of massive energy savings, pointing out that it is unclear much energy the new system will need.

The switchover changes the way transactions are logged on the Ethereum blockchain.

From the start of Ethereum in 2015, so-called crypto miners have competed against each other to solve equations — a system known as “proof of work”.

The process required vast computing power and only the winner would be chosen to update the blockchain and get rewards.

The new system scraps the competition element, the miners and their energy-guzzling computer stacks.

Instead, “validators” will now be chosen in a lottery-style system.

Rather than solving an equation, they put up 32 ether (worth $55,000) — Ethereum’s cryptocurrency — and wait to be chosen in a system known as “proof of stake”.

Blockchain company Consensys called it a “monumental technological milestone” and the biggest update to Ethereum since it was launched.

“The Ethereum Merge is complete,” the firm tweeted on Thursday morning, saying it was resuming trading in ether.

The upgrade is likely to face a rocky beginning as crypto mining companies have already promised to keep running the old mechanism on a smaller blockchain “forked” from the main Ethereum chain.

And even if the “merge” is successful, Ethereum will still face major hurdles before it can be more widely adopted.

For example, it is expensive to use and the update will not reduce fees.

And the wider crypto sector is still beset by wildly fluctuating prices, security flaws and scams.

LSK Pledge To Assist In Probe Of Slain IEBC Official