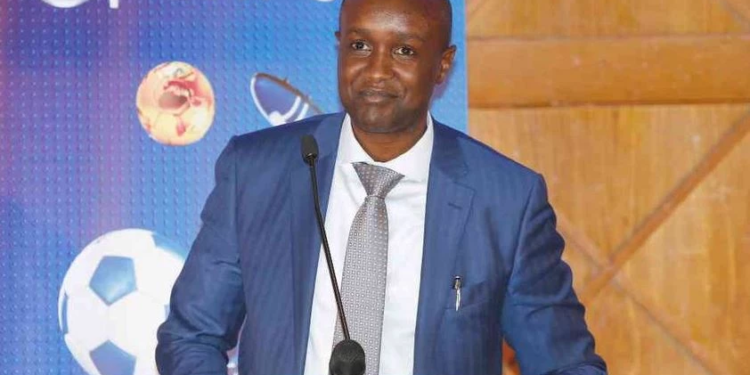 A Nairobi court has halted operations of the SportPesa brand in Kenya’s gaming business amid shareholder fights in a ruling that deals a blow to Milestone Games Ltd that had been allowed to run the popular brand.

Justice Anthony Ndung’u of the High Court of Kenya issued the temporary order suspending the licence issued to Milestone Games last month by the Betting Control and Licensing Board (BCLB) to use the SportPesa brand for the year to June 2023.

The suspension followed a petition from businesswoman Asenath Wachera Maina who has a 21 percent stake in Pevans East Africa that pioneered the sports gaming business in the country with the SportPesa brand.

Pevans East Africa ceased operations after losing its licence in 2019, partly due to allegations of non-payment of taxes that the Kenya Revenue Authority last computed at Sh95 billion.

The SportPesa brand returned on October 30, 2020, through Milestone Games, which is owned by some of the shareholders of Pevans, including Ronald Karauri, amid opposition from the regulator.

But the brand got its first approval from BCLB last month, triggering the court fight for the key assets of the gaming firm, including the trademark and web domains.

Ms Maina and tycoon Paul Wanderi Ndung’u, who has a 17 percent stake in Pevans East Africa, have accused Milestone Games of procuring the licence under circumstances shrouded in mystery while the country was focused on the August 9 elections.

She has faulted the BCLB for allowing Milestone to use the SportPesa brand, saying it acted unreasonably and in breach of laws governing betting.

She added that Milestone Games was previously licensed to trade as Milestone Bet and that a deal of May 26, 2022, that allowed the current use of SportPesa brand was not backed by Pevans East Africa’s board.

“From the disclosed facts, I am satisfied that an arguable case is established that requires ventilation at an inter-partes hearing. The leave sought is thus merited and is hereby granted,” Justice Ndung’u said.

The judge said it was prudent to suspend the licence pending the determination of the court fight over the ownership of SportPesa. The judgment, he said, might be rendered useless because Ms Maina may not recoup earnings made by Milestone Games for using the brand should her case be successful.

“It is hereby ordered that leave so granted do operate as a stay of implementation and thereby suspend the operation and use of the impugned bookmakers name licence number 0000448 issued to Milestone Games Limited to trade as SportPesa pending the hearing and determination of the substantive judicial review application,” the judge said.

A list of betting firms authorised to operate in the 2022/23 fiscal year shows that Milestone Games –which operates under the SportPesa brand— has been awarded licence number 0000448. The regulator published the updated list of authorised betting firms on its website.

Milestone Games has in the past two years relied on a temporary court order to operate amid battles over ownership of the SportPesa trademark.

The key assets are listed as the SportPesa trademark, websites bearing the same name, shortcodes 79079 and paybill numbers 9555700 and 955100.

SportPesa is the most popular gaming brand in the country, enjoying a loyal customer base of over 12 million. The brand was built through heavy marketing and sponsorship of sports by Pevans East Africa at a cost of more than Sh5 billion, Mr Ndung’u said in court papers.

Punters resumed betting on the SportPesa platforms, indifferent to the ownership wrangles which do not appear to have affected the customer experience. The fallout among the sports betting pioneers is pitting a group led by Mr Karauri against Mr Ndung’u’s and Ms Maina’s side.

Besides being sidelined in the ownership of Milestone Games, the two entrepreneurs have also been diluted in the multinational Sportpesa Global Holdings Limited (SPGHL) which owns gaming subsidiaries in Tanzania and the United Kingdom among other markets.

At stake are billions of shillings in profits and dividends. Before the fallout, the partners pocketed dividends totalling Sh7.6 billion from Pevans East Africa in the four and a half years to June 2019.

Over the same period, the company reported a cumulative profit of Sh12.9 billion.

By relaunching SportPesa under Milestone Games, the owners of the new venture effectively accessed the lucrative business while leaving behind the tax and regulatory troubles that brought down Pevans East Africa.

Mr Ndung’u says in an affidavit that Mr Karauri and Robert Macharia have interests in both Milestone Games and Pevans East Africa but have taken actions that are hurting the latter without disclosing their conflict of interest to the court.

Punters placed bets valued at Sh447.33 billion through SportPesa in the 68 months that it operated in Kenya under Pevans East Africa, highlighting the betting firm’s dominance.

Online sports betting companies such as SportPesa grew rapidly before the drastic hike in taxes and a crackdown on non-compliant firms, riding a wave of enthusiasm for sports.

Kenyans spent Sh169.1 billion to place bets through Safaricom’s M-Pesa in the year to March, underlining the gambling craze that has become a national pastime.

The telecoms operator’s disclosures show that the value of bets jumped 23.8 percent from Sh136 billion a year earlier, defying a government clampdown on gambling through the imposition of higher taxes both on the companies and punters.

Safaricom, the Kenya Revenue Authority (KRA) and betting firms are the biggest beneficiaries of the growth and intensity of betting activities, pocketing billions.

The telco’s revenue from betting rose 40 percent to Sh5.98 billion last year, beating sales of more than a third of firms listed at the Nairobi bourse.