by Carol Mwanzia
in Business
0 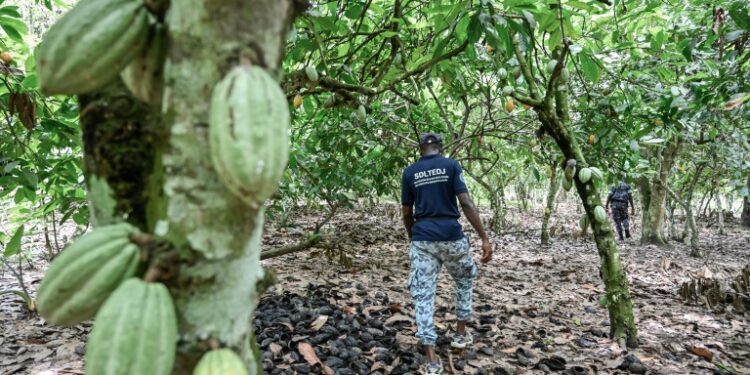 Twenty minutes into his meeting with a social worker after being picked up by police, 15-year-old Issouf wrings his hands and admits it: he has been working on a cocoa plantation.

The scrawny lad is one of an army of youngsters who forego school to provide cheap labor for farmers in Ivory Coast, the world’s top producer of the cacao bean.

Police had netted Issouf and 67 other children in a crackdown in Soubre, the country’s cocoa-producing heartland 400 kilometers (250 miles) west of the economic capital Abidjan

The widely-publicized operation last week, named Nawa 2, comes as the West African country faces mounting demands from western consumers for ethical chocolate — a product that is ecologically sound and free of child labor.

According to the NORC research group at the University of Chicago, nearly 800,000 children were involved in cocoa-related labor in Ivory Coast in 2018-19 — a figure that compares to an estimate of 1.2 million in 2013-14, made by researchers at Tulane University in New Orleans.

Many of the children in Ivory Coast come from Burkina Faso and Mali, poor landlocked countries and traditional providers of labor for their richer neighbor.

This was the case of Issouf, who said he came from neighboring Burkina with his father two years ago.

His father went away after a month and left the boy with a man, who was presented as his uncle, to work on a plantation.

“This is a case of trafficking,” said Alain-Didier Lath Mel, director of child protection at the Ivorian ministry of the family.

Vocational training
Operation Nawa 2, the fifth swoop of its kind since 2009, mobilized about 100 men from the security forces, police and paramilitary gendarmes over two days, said Luc Zaka, deputy director of the criminal police.

A team of journalists, including those from AFP, was able to follow the police in the Meagui area, 50 kilometers (30 miles) from Soubre.

The convoy of half a dozen 4x4s preceded by a motorbike rider drove along a reddish clay track that wound between the green fields of cocoa and rubber trees.

Regularly, the convoy stopped. Children were sometimes surprised along the path, returning from the field with their machetes, sometimes in hamlets tending to the heaps of cocoa beans drying in front of the houses.

Police officers also roamed the fields to flush out children in the plantations.

Some of the youngsters were caught only after a chase, but after four hours of activity, a dozen children and adolescents were taken in.

They were driven to the Children’s Reception Centre in Soubre, which opened in 2018.

Like Issouf, the under-age workers were heard and sensitized by social workers and psychologists.

Their parents were due to pick them up the next day, after a discussion with the police and center officials.

In serious cases of forced labor or child abuse, young people stay at the reception center for a few months.

Many are illiterate. They can go back to school and learn a trade, such as cattle raising, market gardening, sewing, hairdressing and ironwork.

Apart from the swoops by police, regular work is carried out in the countryside by local child protection committees.

Legal arsenal
“Mediation with families is very important,” said Lath Mel, who sees “progress” in the fight against child labor.

According to the NORC survey, the school enrolment rate of children in cocoa farming families has improved significantly, from 59 percent in 2008-09 to 85 percent in 2018-19.

In contrast, a 2020 study by the CCC, the state-run body that oversees Ivory Coast’s coffee and cocoa sectors, only 71 percent of children aged five to 17 were enrolled in school.

About 2,000 children have been taken out of cocoa plantations since 2019, according to the National Surveillance Committee (CNS), which aims at combatting child labor and trafficking

Ivory Coast has in the past 10 years built a “legal arsenal” to punish child slavery and trafficking, said Soubre public prosecutor Alexandre Kone.

He pointed to fines and jail terms ranging from a few months to life imprisonment for enslaving a minor under 10 years of age.

Some 300 people have been convicted of child trafficking, out of around 600 people brought to justice between 2012 and 2020, according to the CNS.

But only one trial has been conducted since the beginning of the year at the Soubre court, Kone admitted — a child trafficker sentenced to 10 years.

For Kouassi Kouakou Franck, 25, a resident of the hamlet of Issakro interviewed by AFP during the sweep, “Children have to go to school, but if the parents can’t afford it, the children stay behind and work.”

“Poverty is the main cause of child labor and trafficking,” Lath Mel agreed.

According to the World Bank, more than half of the five to six million people in Ivory Coast who live on cocoa subsist below the poverty line.

Egyptian Foreign Minister Sameh Shoukry: Egypt tried reaching out to Israel over tensions in Jerusalem, to no avail

Ahmednasir: Why Presidential Election Losers May Not Go To Supreme Court