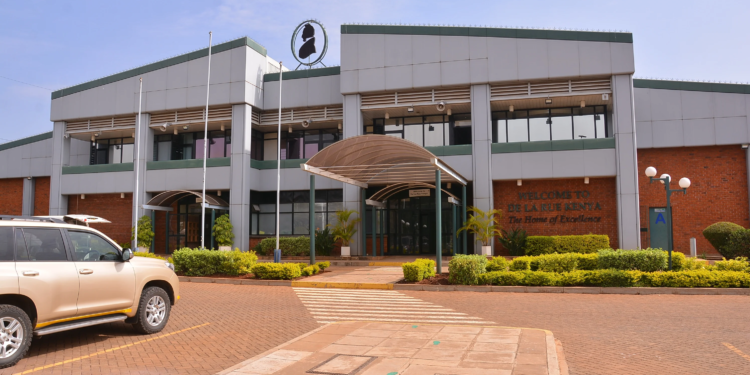 De La Rue PLC, a Basingstoke, England-based company that designs and produces banknotes, secure polymer substrate, and banknote security features for central banks and currency issuing authorities, reassured investors of potential business opportunities in Kenya and other markets after temporarily halting its printing operations in the East African country due to decreased orders.

The company operates in Kenya through a joint venture with the government, in which the Nairobi County Government holds a 40% stake. Despite suspending operations for the next year, the joint venture remains active and the company is exploring options for potentially restarting production if the economic climate improves.

De La Rue continues to operate with three banknote sites in the UK, Malta, and Sri Lanka, down from five in 2020.

The company also addressed recent legal issues, including a dismissed appeal by one of its subsidiaries regarding a historical tax issue equating to GBP7.2 million at today’s exchange rate and an investigation into the conduct of a former Indian Finance Secretary related to the company’s activities in India prior to 2016.

“The company believes that there is no merit to the allegations that relate to De La Rue and is seeking legal advice in this regard,” De La Rue told investors.

De La Rue shares were trading 5.2% lower at 74.75 pence each in London on Friday morning.

Despite these challenges, De La Rue is optimistic about potential future business opportunities.

5,000 Petty Wrongdoers To Be Pardoned In Prison Decongestion Program