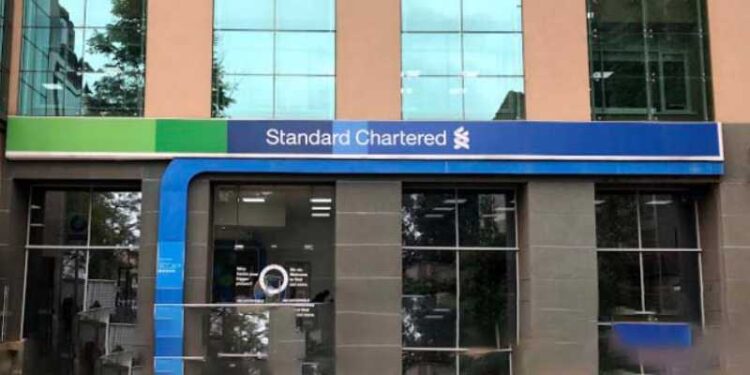 Standard Chartered Kenya has posted a Ksh 8.7 billion profit from Ksh 6.4 billion marking a 36% rise in earnings through nine months to September.

The Group’s operating income was higher by 10.3 per cent at Ksh.24.6 billion from Ksh.22.3 billion with the bank’s non-interest income rising at a faster rate of 15.8 per cent to Ksh.8.8 billion.

Stan Chart’s net interest income has grown by a slower 7.5 per cent to Ksh.15.8 billion from Ksh.14.7 billion last year as net loans to customers jump slightly to Ksh.136.1 billion.

During the period, the lender cut its non-interest related costs by 8.2 per cent to Ksh.12.3 billion from Ksh.13.4 billion supported by a 77 per cent cut to loan-loss provision costs which fell to Ksh.621 million.

The bank’s customer deposits have grown faster than loans in the period to Ksh.286.1 billion from Ksh.258.4 billion.

Following the higher profits, Standard Chartered raised its interim dividend by 20 per cent to Ksh.6 per share from Ksh.5 at the same time last year.