Transport CS Hints on the Government Extending the SGR to Kisumu 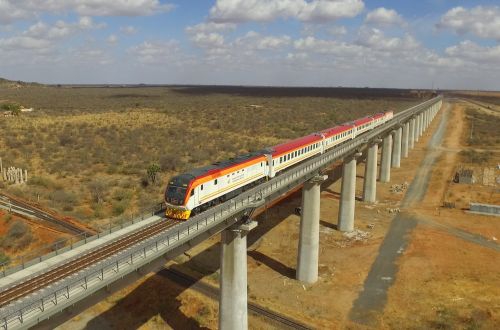 The current government is planning to extend the Standard Gauge Railway (SGR) to the Kenya-Uganda boarder in Kisumu to serve its full purpose.

The Roads and Transport Cabinet secretary Kipchumba Murkomen however said the government was currently struggling with major debts that were affecting the realization of key development projects.

Murkomen further clarified that the SGR extension project would depend on availability of resources.

“The SGR will eventually be moved to the border because our friends in Uganda are also working on their SGR and this will ensure the remaining connection is done…but not at the current situation,”

“This project will only make sense when it goes past Naivasha as compared to the current situation where we are forced to transport goods by the lake instead of having it through the Kisumu port.” Murkomen said.

The Mombasa-Nairobi phase 1 was done at Sh327billion while the extension to Naivasha under phase 2A gobbled up Sh150billion.

Phase 2b was to pass through Narok-Bomet-Kericho to Kisumu at Sh380 billion.