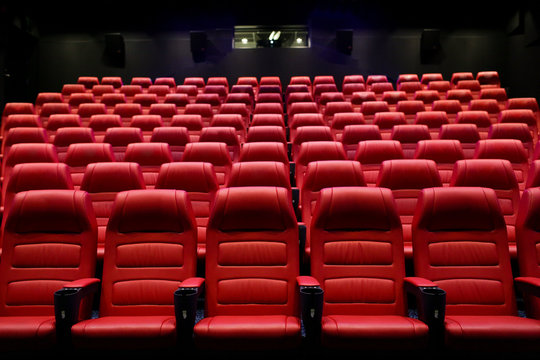 The Two-rivers Mall has unveiled what is termed as the biggest cinema screen in East and central Africa.

The cinema complex has six screens, three of which were opened on Friday for the Black Panther premier.

Opened in partnership with Century Cinemax, the complex boasts the biggest cinema screen in the region measuring 19.5 meters in width and 8.7 meters in height and will include Dolby Atmos 4K screen and sound system.

“This is a premium luxury movie-watching theatre, you’d have to experience it to feel the difference,” said Two Rivers managing director, Theodoros Pantis.

“Two Rivers Development is about integrating residential, retail, entertainment, and lifestyle facilities in one location, the opening of this cinema is yet another step toward fulfilling this goal,” said the Centum Real Estate Managing Director, Ken Mbae.

The Century Cinemax Managing Director, Muslim Jaffer, noted that the auditorium is furnished with premium, extra wide, high back rocking chairs for the ultimate comfort of moviegoers.

Two Rivers cinema will officially open to the public on November 12, setting a new benchmark in entertainment in Nairobi.

IEBC to Political Parties: Comply with The Two-Thirds Gender Rule or Be Disqualified