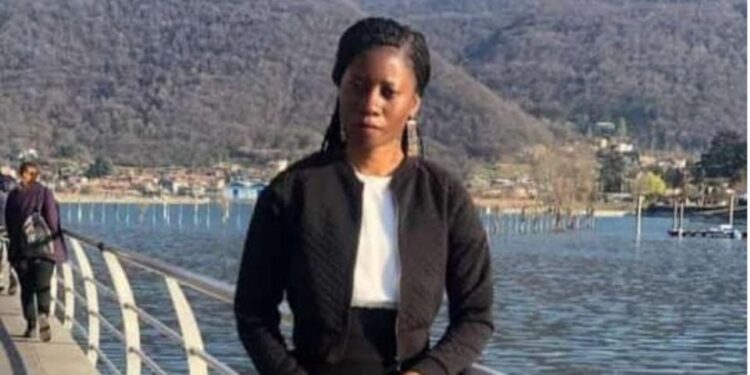 A photo of Amani Justine Luwali provided by her family

A family in Malindi Kilifi County was in shock after the body of their kin was returned to the country from Italy with missing body parts.

According to a postmortem report from the Malindi Referral Hospital Mortuary, the body of Amani Justine Luwali was missing vital organs, including the heart, major blood vessels, kidneys, eyeballs, and liver.

Amani’s brother James Karisa, said she married an Italian man and the two had a daughter. The couple moved to Italy in 2016.

“We learnt of my sister’s demise on September 27 this year. We received a phone call from one of our relatives in Italy that she was found dead in her house,” Mr Karisa said.

Mr Karisa further stated that her sister had suffered domestic violence at the hands of her husband.

“When we talked in March, my sister had informed me she had filed for divorce, but her husband rejected the idea and he did not even show up for the hearings,”

“Her body was flown to Kenya on October 27 and a postmortem was conducted on November 3,” Mr Karisa said.

The family requested for the body to be flown home and a postmortem conducted after as the cause of her death was unknown.

“The appearance of the body revealed her eyes to be sunken, but her eyelids were together. Under the cardiovascular system, the body was missing the heart, and all major blood vessels including the aorta were not present,” “Both kidneys, and patella of both right and left lower limbs, were also missing and bone marrow was extracted. Both her left and right eyeballs were missing and replaced by oval plastic objects.” Read part of the postmortem report.

The family has reported the matter to the Directorate of Criminal Investigations in Malindi and Interpol, which is investigating.

'Death Every Day': Fear and Fortitude in Uganda's Ebola Epicenter

Man Stabbed as Robbers Make Away with Ksh 200,000 in Eastleigh

Abdulswamad Sworn in as Mombasa Governor