by Linda Amiani
in Nairobi
0 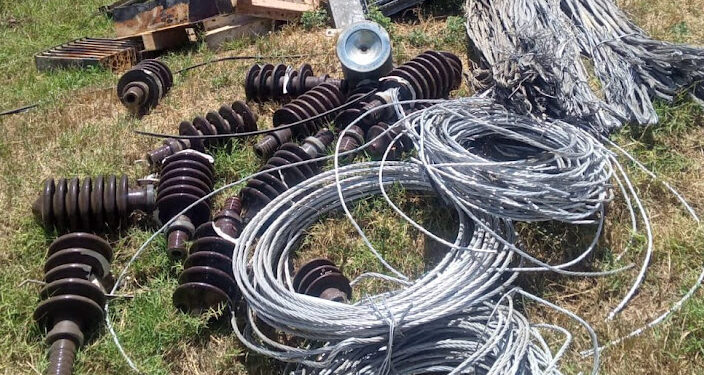 According to a statement by DCI, the detectives raided a scrap metal yard in Matangi area, Juja, where they recovered Kenya Power transformers, rolls of aluminium conductors and assorted materials.

DCI reported that the third suspect, Patrick King’ori, was arrested later in the evening.

They have further said that the detectives are working hard to arrest the suspects’ accomplices who are still at large.

The ban came at a time the country had witnessed an increase in the cases of vandalism, mainly on power lines across the country.

President Kenyatta stated that no dealer will be allowed to engage in the business until proper guidelines are put in place to regulate the sector.

“As of today, we will no longer allow, and we have put a moratorium on the export or the buying or selling of any scrap material until we have put in place proper guidelines that will ensure that material is not coming from the hard-won investments that the Kenyan people have made,” he said.