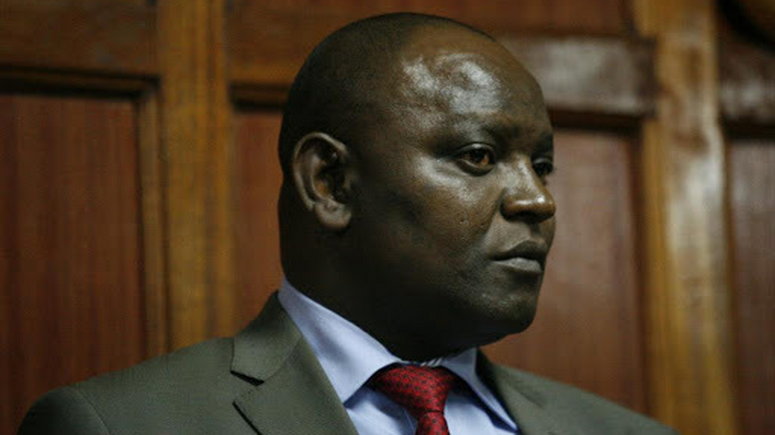 John Chege, former Kasarani MP has been fined Sh1.3 million for soliciting and receiving a bribe amounting to KShs 100,000.

The court case first commenced in 2013 where he was arraigned in an anti-corruption court in Milimani while still in office.

In a ruling by anti-corruption court magistrate Lawrence Mugambi, the ex-MP was found guilty as the evidence provided proved the offense was committed.

According to the Star, court documents indicate that he solicited a bribe of Sh100,000 from Abdirahman Mohamed Abdulahi in a bid to facilitate payment of Sh3.3 million to complete a tuition block in Baba Dogo Secondary School.

In his testimony, Abdullahi quoted that he reported the matter to the Ethics and Anti-Corruption Commission (EACC) where they recorded the transaction as well as the details pertaining to the incident.

In his defense, the ex-legislator told the court that he was remorseful and sought leniency on the grounds that he had suffered so much.

The case was postponed in 2018 to a later hearing after the witness, Abdullahi was out of the country and in the United States seeking treatment.

Milimani chief magistrate Lawrence Mugambi had set the hearing date to enable the complainant to return to the country and be cross-examined.

New George Floyd video shows him pleading for his life