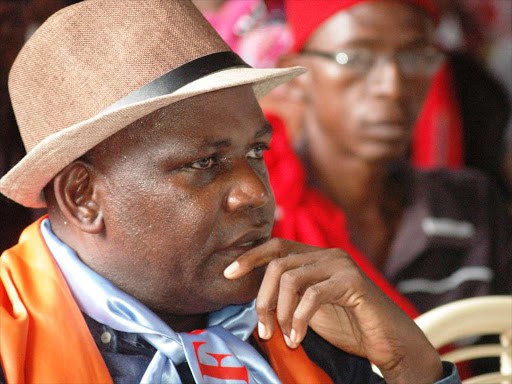 Former Nyali MP Hezron Awiti Bollo has been accused of tax evasion and bribing Kenya Revenue Authority (KRA) officials to obtain clearance certificates. Companies owned by the former legislator have not been remitting statutory deductions to the authorities.

Also, most of his companies do not have registered pension scheme on his payroll though he deducts pension money from the employees.

“He needs to come clean and explain how he managed to have Simba system credentials renewed without filling KRA Taxes for Habo Agencies last month. He was aided by a staff in Mombasa where did this transactions,” says a source privy to Awiti’s tactics.

It is also alleged that he does not pay for business permits and licences for his offices along Mombasa Road in Nairobi.

“Pili Management Consultants does not pay corporate tax and (other) taxes due on the rentals which are done approximately gross collection of Ksh6 million per month. The company has never paid corporate taxes yet its books are virtually “audited” every year. No withholding taxes, VAT are paid,” says our source.

Awiti is said to have shut down the operations of Gtec after KRA flagged its accounts held at NCBA Bank.

At Mamba Village along Lang’ata Road, Awiti is reported to have fired all his employees in just a single day, after refusing to pay them salaries for five months.

“His trucks registered under Habo they are in pathetic condition and he keeps on bribing NTSA and Police along Nairobi Mombasa corridors for the trucks to operate.These trucks are just a time ticking bomb and hazard to other road users.Officers from Changamwe police station are the biggest beneficiaries,” adds our source who sought anonymity due to the sensitivity of the matter.

The whistle-blower source, further intimated that in order to escape the watchful eye of the taxman, Awiti operates several bank accounts to hide his wealth. HABO has about seven bank accounts, Pili has five bank accounts and Gtec one that has been flagged.

The whistle-blower is now calling upon the government to investigate the matter, and ensure that employees who worked for his companies get justice.

US climate envoy Kerry in Egypt to discuss COP27 summit

President Kenyatta: Africa Should Invest More in Her Intermediary Cities