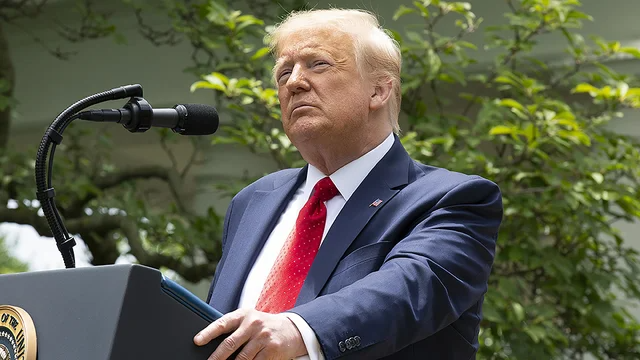 United States President Donald Trump signed an executive order suspending the issuance of a number of employment-based visas through the end of 2021, including the H-1B which are used for highly skilled workers and common in the tech industry.

“Temporary workers are often accompanied by their spouses and children, many of whom also compete against American workers. Under ordinary circumstances, properly administered temporary worker programs can provide benefits to the economy,” the order reads.

“But under the extraordinary circumstances of the economic contraction resulting from the COVID-19 outbreak, certain non-immigrant visa programs authorizing such employment pose an unusual threat to the employment of American workers,” it continues.

The order also applies to H-2B visas for short-term seasonal workers, H-4 visas for spouses of H-1B visa holders, L-1 visas for executives transferring to the US from positions abroad with the same employer, as well as certain J-1 visas which are given to researchers, scholars and other specialized categories.

It will not apply to visa-holders already in the United States, or those outside the country who have already been issued valid visas

The new restrictions will prevent about 525,000 people from entering the United States between now and the end of the year, including 170,000 green-card holders who have been barred from coming to the country since April, according to a Wall Street Journal report, citing a senior Trump administration official.

The Trump administration will grant exemptions for health-care workers focusing on treating and researching COVID-19 as well as those working in the food supply chain, including seafood and food packaging, said the report.

A number of American tech industry and other business leaders have warned that the move will weaken companies’ ability to recruit top talents to the US and lead them to move more operations abroad.

“Today’s proclamation is a severe and sweeping attempt to restrict legal immigration. Putting up a ‘not welcome’ sign for engineers, executives, IT experts, doctors, nurses and other workers won’t help our country, it will hold us back.

Restrictive changes to our nation’s immigration system will push investment and economic activity abroad, slow growth, and reduce job creation,” Thomas Donohue, the CEO of U.S. Chamber of Commerce, said in a statement.

“American businesses that rely on help from these visa programs should not be forced to close without serious consideration,” nine Republican senators wrote in a May 27 letter addressed to Trump, “guest workers are needed to boost American business.”

Meanwhile, as many as 64 percent of Americans believe immigrants primarily fill jobs Americans don’t want, according to a recent poll conducted by the Pew Research Center.

The Monday order is the latest effort by the Trump administration to cater for immigration hardliners and groups, a key constituency of the president’s political base that argue American workers should be prioritized, especially amid the economic downturn due to the Coronavirus pandemic.

The new restrictions, which will take effect on June 24, expand a temporary immigration ban the Trump administration introduced in April that blocked some family members of U.S. citizens and reduced the number of high-skilled workers from immigrating to the country for the time being.

Journalists Believe News and Opinion are Separate, but Readers Can’t Tell the Difference

Two Kings to Throne the London Marathon on Sunday