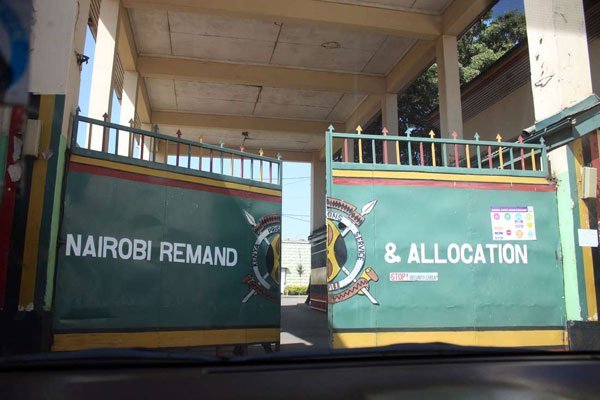 Public Health officials have evacuated 31 inmates who turned positive for COVID-19 at the Nairobi Remand and Allocation Prison. Commissioner of Prisons Wycliffe Ogallo said the inmates were evacuated to various hospitals for treatment.

“From the results received on Saturday, 31 samples had tested positive for coronavirus after which the Nairobi County Emergency Response Team promptly moved in and evacuated the patients to various treatment centers for case management,” Ogallo said in a statement issued on Sunday.

The prison facility was among the areas where targeted mass testing was conducted. He said 59 samples were collected from remanded prisoners on Thursday.

“The individuals had just completed 21 days in quarantine at the Nairobi Remand and Allocation Prison where they had been admitted from various courts,” he said.

Those who turned positive were among the 143 positive cases announced by the Ministry of Health on Saturday, raising the national tally to 1,888.

Ogallo has assured that “all convicts and those remanded currently in our custody are safe.”

Recently, prison authorities released 11,000 petty offenders and convicts in concurrence with the National Council on Administration of Justice (NCAJ).

The virus curve in Kenya has remained on a sharp increase since last week, even as President Uhuru Kenyatta prepares to make a key announcement on the status of a national curfew and other restrictions.

A national curfew has been in place for the past two months until June 6, along with restrictions on cessation of movement into and out of Nairobi, Mombasa, Kwale, Kilifi, and Mandera Counties.

On Saturday, there were 143 new cases were reported, just a day after posting 127 cases on Friday.

On Thursday, 147 new cases were recorded from various counties, with particular focus to Nairobi and Mombasa counties which have been recording high figures.

Public Health officials have warned of more cases as the country draws closer to its peak which was projected to start from June to around September.

Health Chief Administrative Secretary Rashid Aman said Kenya is a critical period on the pandemic and urged Kenyans to cooperate in observing social distancing and all other measures imposed to help prevent the spread.

The death toll in the country rose to 63 Saturday after one more person succumbed to the virus.

The government has warned Kenyans against dropping the guard, after increased cases of people not using masks in public places were reported.

Dr. Aman said the government was concerned at a new habit by leaders who have been holding large meetings and urged them to respect the measures put in place.

“We must respect these guidelines because that is the only way we will be able to beat the virus,” he said.

Concerns were raised after COTU Secretary General Francis Atwoli convened a meeting at his Kajiado residence on Friday, attended by more than 50 leaders, among them four Governors and Devolution Cabinet Secretary Eugene Wamalwa, in what was billed as a Luhya-unity bid.