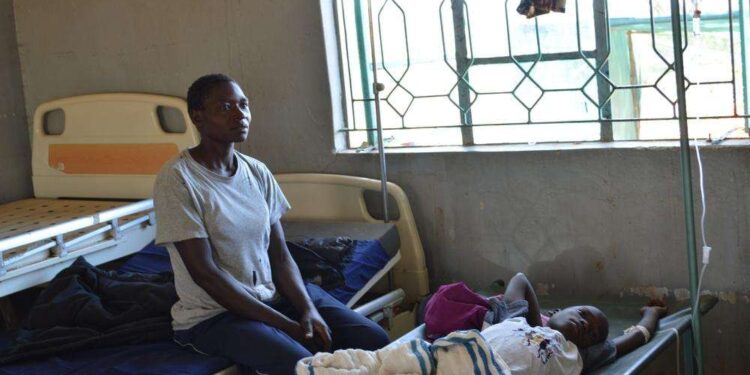 Rise in Cholera death toll suggests an increase in transmission after two people succumbed to the disease at Mama Lucy Hospital on Sunday.

The two cases bring the total number of cholera deaths in Nairobi County to five.

As of Saturday, Nairobi had reported 84 cases, 43 males, 41 females – and three deaths.

Some 29 of the cases had attended a wedding in Limuru and Karen.

The Ministry of Health declared a cholera outbreak in Kenya, confirming 61 cases in six counties following a wedding celebration held in Kiambu County where 31 cases were reported.

The county has taken steps towards reducing the spread of cholera, such as closure of areas considered as sources.

A bar and restaurant in Mutindwa, Umoja II, was closed because it sits next to an open sewer and people were cooking and eating there.

“Counties are required to improve laboratory capacity for specimen collection and shipment,”

“The Ministry of Health has placed all counties on high alert for possible cholera outbreaks.” Dr Amoth said.

Environmental officer and writer Mr. David Kigo said county governments have to prioritize sanitation through the provision of adequate sewer systems and ensuring a sufficient supply of clean water for drinking and other domestic uses.

“The national and county governments have to prioritize sanitation through the provision of adequate sewer systems and ensuring a sufficient supply of clean water for drinking and other domestic uses, and construction of toilets, even pit latrines,”

“The cholera-causing bacteria can be easily controlled through boiling water meant for human use, especially if it comes from suspect sources, and the use of proper sanitation and hygiene,” Mr Kigo stated.

Cholera which can be transmitted through the ingestion of contaminated water has symptoms such as profuse watery diarrhea, vomiting, rapid heart rate, loss of skin elasticity, dry mucous membranes, low blood pressure, thirst, muscle cramps and restlessness or irritability.