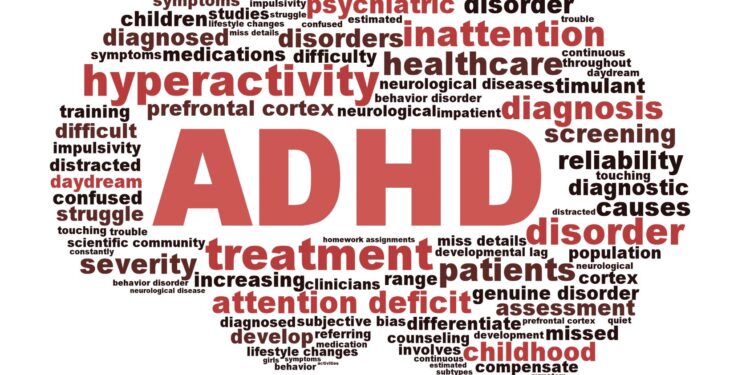 Ever read an entire page of a book, magazine, newspaper, or blog article and realized you consumed nothing? Probably because you had a lot in your mind at that moment or for some other reason! Well, imagine someone who must deal with inattention daily.

Attention-deficit/hyperactivity disorder (ADHD) is a neurodevelopmental disorder that affects both children and adults. It is characterized by inattention, hyperactivity, and impulsivity, which can cause significant impairment in daily life. The causes of ADHD are not fully understood, but research suggests that it may be caused by a combination of genetic, environmental, and neurobiological factors.

Symptoms of ADHD typically appear in childhood and can include difficulty paying attention, forgetfulness, impulsivity, restlessness, and interrupting others. These symptoms can cause problems in school, at home, and in social situations. Children with ADHD have difficulty following instructions, completing tasks, and staying organized. They also struggle with impulsiveness, acting without thinking about the consequences of their actions.

Adults with ADHD experience similar symptoms, but they may manifest differently. For example, an adult with ADHD may have trouble focusing on tasks, procrastinate, or have difficulty organizing their work or personal life. They also struggle with impulsivity, making decisions without thinking them through or acting on impulse.

Recent research has found that ADHD is associated with structural and functional differences in certain brain regions, including the prefrontal cortex and the basal ganglia. These differences affect the ability to regulate attention, impulse control, and motor activity. Studies have also found that ADHD is associated with disruptions in the balance of neurotransmitters, which are chemicals in the brain that transmit signals between nerve cells.

It has also been found that ADHD is a highly heritable disorder. Studies have shown that genetic factors account for about 70-80% of the risk for developing ADHD. Research has identified several genes associated with ADHD, but it is likely that multiple genes and environmental factors interact to increase the risk of developing the disorder.

ADHD can affect an individual’s relationships and social interactions in a variety of ways. Some common symptoms of ADHD, such as impulsivity and difficulty with attention and focus, can make it difficult for individuals with the condition to maintain close relationships or to effectively communicate with others. They may have trouble understanding social cues, following conversations, or controlling their impulses, which can lead to misunderstandings or conflicts with others. Additionally, individuals with ADHD may have trouble with time management and organization, which can make it hard for them to keep appointments or meet obligations, further complicating relationships and social interactions.

Several people on Quora shared what it is like to live with ADHD. Here are a couple.

“Explaining it to people is the worst part of it because you can look like you have everything handled and be driven but in reality, be so disorganized that nothing ever gets completed and will be working on something else the next day and have it look completed! There will be something missing or just not done so I can move on to the next thing because my attention is wandering! Medication does help but it will not do the job of making you organized because it is a skill I never learned!” one Alicia Counts wrote.

“Sometimes it’s annoying. ADHD has contributed to my patchy employment record, careless mistakes, and forgetful behavior. Sometimes ADHD is dark. It makes me addicted, anxious and prone to depression. Sometimes it’s exciting. There’s the thrill of leaving things to the last minute or thinking quickly on your feet or speedily improvising.

Individuals with ADHD may struggle with time management and organization, which can make it hard to meet deadlines or keep up with the demands of a job. However, with proper support and accommodations, individuals with ADHD can still succeed academically and professionally.

Societal factors, such as access to healthcare and education, can influence the way ADHD is treated. For example, in some cultures or communities, traditional or alternative treatments may be preferred over Western medication. Additionally, cultural, and societal factors can affect the stigma associated with ADHD, which can impact how individuals and families seek help and support.

When working with families and caregivers of individuals with ADHD, it is important to provide education about the condition and its management. This can include information about the causes of ADHD, common symptoms, and treatment options. It is also important to work with the individual with ADHD and their caregivers to develop a treatment plan that is tailored to their specific needs and preferences. This may include medication management, behavioral therapy, and strategies for managing symptoms at home and at school or work. Additionally, providing emotional support and resources for coping with the challenges of caring for someone with ADHD can be beneficial. It is also important to encourage open communication and to be responsive to the needs and concerns of the family and caregivers.

Behavioral therapy is a common treatment for ADHD. This type of therapy aims to teach children and adults with ADHD strategies for managing their symptoms and improving their ability to function in daily life. Behavioral therapy can include parent training, social skills training, and individual therapy. Medications, such as stimulants, are also commonly used to treat ADHD. These medications can help improve attention and reduce impulsivity, but they are not a cure for ADHD and should be used in conjunction with behavioral therapy.

It is important for individuals with ADHD to receive an accurate diagnosis and appropriate treatment to help them manage their symptoms and improve their quality of life.