by Walter Kinyua
in Health
0 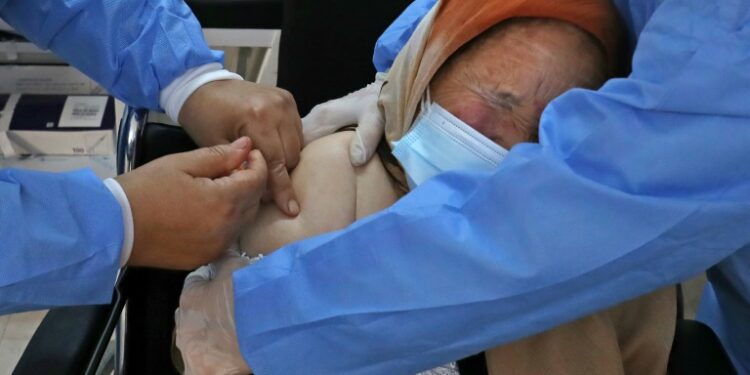 Libya on Saturday launched its coronavirus vaccination campaign for the general population in Tripoli, with the elderly and healthcare workers given priority in the conflict-hit North African nation.

Those over 70 would get the AstraZeneca jab while the Russian Sputnik V vaccine would be administered to medical personnel and those aged 50-60, the National Centre for Disease Control said.

NCDC head Badreddine al-Najjar told AFP the vaccines would be distributed across Libya “in the coming days”, adding that China’s Sinovac jab would also be available.

The AstraZeneca doses were delivered through the Covax programme for lower and middle income countries.

Although rich in oil, the economy has been hit hard and the situation was further compounded by the pandemic with nearly 1,000 cases registered per day in recent weeks.

Since the pandemic emerged last year, there have been 171,131 confirmed Covid cases in Libya, including 2,882 deaths, out of a population of seven million, officials say.

On Saturday, dozens of men and women wore face masks and sat on chairs which were spread out to ensure physical distancing in the courtyard of a vaccination center in Tripoli as they waited to get a jab.

Libyan authorities have appealed on the general population, including illegal migrants, to register for vaccination and set up an electronic portal in March for that purpose.

But no lockdown measures are currently in place, and while masks are obligatory in public places, the measure is widely flouted.

Libya officially launched its vaccination campaign a week ago with Prime Minister Abdulhamid Dbeibah getting the first jab.

Dbeibah was selected earlier this year through a UN-backed inter-Libyan dialogue to lead the country to national elections in December 2021.