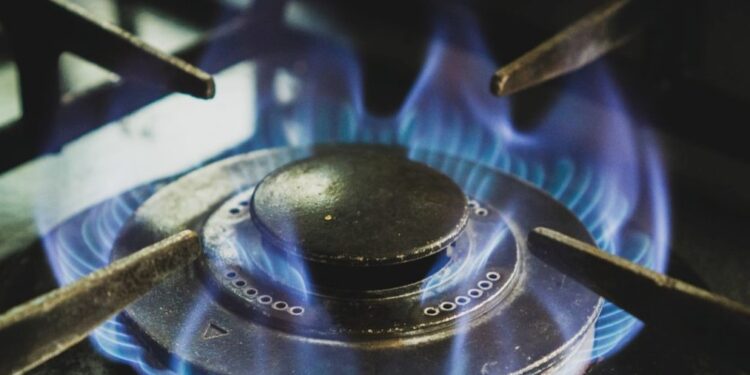 Medical and energy experts under the CLEAN-Air (Africa) platform have called for scaling up of clean cooking energy that can improve health whilst achieving environmental, gender and climate co-benefits.

According to the experts, in the short to medium term for sub-Saharan Africa (2030 Sustainable Development Goal-SDG horizon), the best option for scaling up of clean cooking is with Liquefied Petroleum Gas (LPG) with electricity being a longer-term aspiration.

Kenya Medical Research Institute (KEMRI) Director General Professor Sam Kariuki speaking on Tuesday at the KEMRI headquarters during the launch of the New International Collaboration on Energy, Air Pollution and Health that Champions Prevention through Clean Cooking said that LPG is readily available, cost effective, liked by households and does not require an established infrastructure for supply.

Kariuki said that globally 2.4 billion people (one third of the world’s population) cook using open fires or inefficient stoves fueled by kerosene, biomass (wood, charcoal, animal dung and crop waste) and coal with Sub-Saharan Africa having the highest population reliance on these polluting fuels at 85 per cent of the total population.

“Kerosene and biomass for cooking results in high levels of pollutants including respirable particulate matter (PM2.5) and other toxic chemicals, gasses and compounds that are detrimental to health. Cooking with these fuels have been calculated to be like burning 100 cigarettes each hour resulting in HAP (Household Air Pollution) levels more than 100 times World Health Organisation (WHO) safe levels for health,” said Kariuki.

He highlighted that research has shown HAP is causally associated with heart disease, stroke, pneumonia, chronic obstructive pulmonary disease and lung cancer with emerging evidence for associations with low birth weight, tuberculosis, cataracts and a range of other cancers.

Kariuki said that globally 3.2 million people die each year from exposure to household air pollution including 237,000 children under the age of 5 years with the disease burden for HAP calculated at 86 million healthy life years lost each year.

“In sub-Saharan Africa 683,984 people die annually from HAP, 8.9 per cent of all deaths and more than HIV/AIDS (8.4 per cent) and malaria (7.8 per cent). With 38 million healthy life years lost in the region, HAP accounts for almost 8 per cent of the total burden of disease in sub-Saharan Africa. In Kenya almost 23,000 people die each year directly from HAP,” he said.

To address these challenges, Kariuki said that CLEAN-Air (Africa) Global Health Research Unit was launched with Sh.1 billion funding from the UK government through its National Institute for Health and Care Research (NIHR).

He explained that the Unit was established with the explicit aim of reducing the burden of disease from energy poverty related air pollution in sub-Saharan Africa through research evidence to support policies for scaling up clean cooking and strengthening community and clinical health systems for primary and secondary prevention of household air pollution.

“CLEAN-Air (Africa) is a partnership of clinical, academic and research experts in environmental public health from the UK, Kenya, Tanzania, Uganda, Rwanda and Cameroon. The Unit’s 5-year program of research will deliver impactful evidence to inform the scale of household and institutional clean cooking within the SGD7 time horizon of 2030 for its focus countries and the wider sub-Saharan African region,” reiterated Kariuki.

He noted that through the training programme, they will increase the continent’s capacity to respond to; pandemics, better prepare for and prevent epidemics, other public health crisis as well as address various health issues particularly the infectious diseases such as Ebola, HIV/AIDS, tuberculosis, malaria among others.

According to Kariuki, reliance on polluting fuels for cooking is detrimental to the environment through deforestation and land degradation, to gender equality through health impacts and poverty for women associated with domestic roles and to climate through emissions of black carbon and methane that contribute to global warming.

“Gathering of wood for cooking and charcoal production has been estimated to be responsible for 40 per cent of global wood harvest and almost half of all forest degradation in sub-Saharan Africa. This unsustainable harvesting of wood contributes to environmental impacts including desertification, soil erosion and flooding and also to climate change with increased levels of greenhouse gasses,” he explained.

He said that the United Nations Sustainable Development Goal (SDG) initiative has a specific objective to “ensure access to affordable, reliable, sustainable and modern energy for all” by 2030 (SDG7).

“Unfortunately, the International Energy Agency (IEA) has estimated that based on current projections more than 60 per cent of Sub-Saharan Africa will be without access to clean cooking fuels in 2030,” said Prof Kariuki.

He said that the IEA’s Africa Energy Outlook (2022) envisages that by 2030, one-third of homes would use LPG, 10 per cent electricity, 10 per cent biogas and 6 per cent alcohol fuels, with 41 per cent using solid fuels in cleaner stoves. But in order to reach these levels, the IEA states: ‘Clean cooking access in sub-Saharan Africa needs to improve around 15-times faster over 2022-2030 than historic levels – an improvement rate unprecedented anywhere in the world’.

I Battled Depression for 6 Months, Akothee Shares Struggles of Being Famous

Mudavadi: We Will Deliver 90 Per Cent of Western Votes

KRA Moves to Court to Block Order to Reopen Keroche