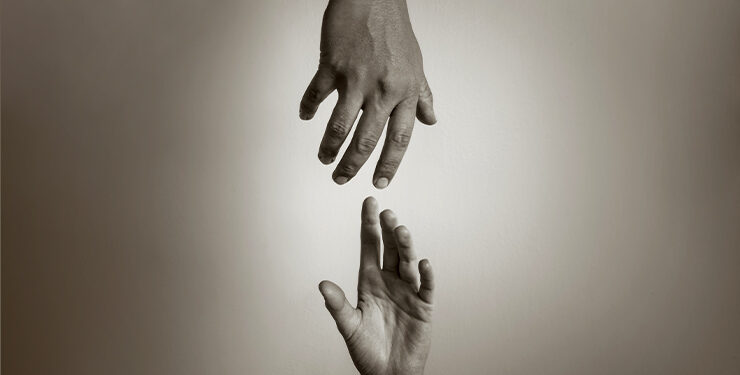 September is suicide prevention awareness month. It is a time to raise awareness about one of the most stigmatized topics.

In some countries, suicide is termed a criminal offense. Other countries have made suicide and mental health problems a taboo such that people don’t get to talk about it.

Creating talks and conversations around suicide prevention and mental health awareness will spark and create a safe environment where people can open and talk their minds. Just like mental health, people are afraid of judgments and so end up being quiet about it.

Throughout the month of September, people have been taking the campaign on another level through social media posts and holding events in the name of ‘suicide prevention awareness’.

September 10th, 2022 was the specified awareness month, though the entire month is set aside for the same matter.

Suicide in fact is mostly a result of untreated mental health illness or condition. Suicidal thoughts can affect anyone regardless of gender, age, or social class.

In moments of chronic illnesses, relationship breakups, financial problems, pressure from a workplace, and more, people find themselves contemplating ending it all to escape the pain.

According to the World Health Organization suicide is the fourth leading cause of death among teenagers. About 700,000 people die from suicide every year. Statistics show that 77% of global suicides are from middle and low-income households.

What Are the Leading Causes of Suicide?

Mental health problems such as depression, PTSD, anxiety, OCD, and others are the leading causes of suicide globally. Depression specifically, is the most common of the disorders among people who die by suicide. People living with depression often have trouble being productive, they find it hard to maintain social relationships, and often experience intense loss of hope in life. Such feelings can lead to irrational ways of ending the pain such as suicide. Suffering from mental health disorders is involuntary but at the same time treatable. Spreading awareness and willingness to help such people is the first step to solving the menace.

Drug and substance abuse have also contributed to deaths by suicide. Alcohol addiction for instance has been commonly linked to depression which in most cases leads to suicide. Hard drug abuse on the other hand, however, has had complicated conclusions in cases reported, as it is hard to differentiate between suicide and an overdose. Overall, campaigns against drug abuse, especially for underage children, should be at the top of the list of national matters.

Other major causes of suicide include loss, negative life events, exposure to suicide behavior in people around us, physical pain, monetary crisis, loneliness, abuse and so many others.

Suicide prevention efforts often depend on the disclosure of suicidal ideation, an early step in the suicidal process. One main job as society is to create a safe space for people to be able to open and talk about such issues as suicidal thoughts. When people open about such issues, then we are in a better place to help prevent the suicide thought from being implemented. We should always be on the lookout to identify and support the people at risk to avoid attempts or re-attempts.

As a country, the Ministry of health in Kenya has taken huge steps towards creating suicide prevention awareness and has created a strategy to campaign for the same.

“The prevention of suicide is complex and, while feasible, no easy task; it requires a coordinated multisectoral response of the health, education, labor, and agriculture sectors, among others. It also needs the engagement of various partners such as county governments, the private sector, faith- based organizations, civil society, and non-governmental organizations. Comprehensive public health action to prevent suicide addresses the population at large as well as vulnerable groups. It involves a whole series of activities, ranging from the environmental control of risk factors and means for suicide, to early identification and effective treatment of people with mental health disorders as well as responsible reporting of suicide by the media.” Health Cabinet Secretary Mutahi Kagwe said on the Kenyan Suicide-Prevention-Strategy 2021-2026 forward.

The 2021-2026 suicide prevention strategy recommendation on ways to address mental health and suicide include.

Implementation of suicide prevention guidelines in mental healthcare institutions is important in the efforts to reduce suicide rates.

Suicide affects family, friends, colleagues, and the public in general, thus it should be addressed and given enough limelight.

Also Read: Decolonizing Ethnic Solidarity: Why Kenyans Must Free Themselves from Traditional Authority of Tribal Kingpins

Four Women Among Nine Arrested For Robbery With Violence