Ogweno Stephen, Leading the Movement On NCDs and Climate Change in Kenya

by Linda Amiani
in Health
0 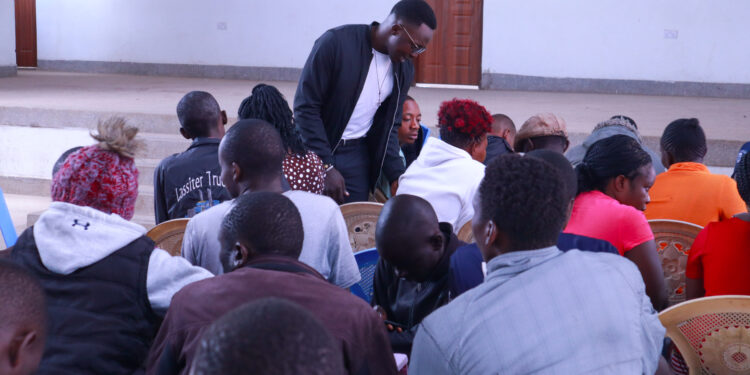 Ogweno Stephen is a global health advocate and an NCD champion who has been making waves in the NCD space in Kenya and regionally.

These diseases include cancers, diabetes, heart diseases just to mention a few. In Kenya these diseases account for 3 out of every 5 deaths and over 55% of hospital admissions making it a major health burden in the country. But did you know that these diseases are closely interlinked to climate change?

The United Nations termed non communicable diseases and climate change as the biggest challenges of the 21st century. So how are these two seemingly unrelated topics related?

So, what’s the relationship between non communicable diseases and climate change? The frequency and severity of extreme heat waves, droughts, storms, and floods will rise as Earth’s surface temperature rises as a result of human-induced climate change.

These changes will increase the hazards for human life and probably increase the prevalence of several NCDs, such as malnutrition, cardiovascular disease, some cancers, respiratory illnesses, and mental and psychological disorders. NCDs and climate change can be addressed together because they are inextricably related.

Aligning the policy agendas of these two major and urgent contemporary human challenges, namely the improvement of global health, particularly the control of NCDs, and the protection of people from the effects of climate change, would provide synergistic opportunities to enhance population and planetary health.

These sectors are leading emitters of pollutants that cause air pollution and global warming which contribute to many NCDs including cancers and chronic lung diseases just to mention a few. Major NCD incidence in local populations can be decreased by carefully crafted climate change policies.

With this intricate connection, Ogweno Stephen through his organization Stowelink Foundation brought together partners including the NCD Alliance of Kenya to implement a project that aims to address this concern.

The project dubbed “The Co-Benefit Project NCDs Youth And Climate Change” is a project being implemented in Githurai slums Nairobi County that deems to educate the young people on this relationship.

The project particularly focuses on educating on the relationship between the food we eat and our food habits and its connection. Did you know that by eating locally consumed foods and reducing your consumption of red meat you are contributing to the reduction of food wastage, reducing the carbon footprint, reducing air and soil pollution caused by food wastage whilst still preventing major non communicable diseases, improving your health and improving your local economy?

This is just an example of the many messages that Ogweno and his team are now educating the communities in Githurai and they are doing it through toolkits, an online course and working with 10 community youth groups in the area.

Ogweno Stephen is starting a movement on NCD youth champions and advocates who are informed and empowered to create action in the non-communicable diseases and now even more importantly in the sector of non-communicable disease and climate change. We have a unique opportunity to create this change early enough and its bold pioneers like Ogweno Stephen who are needed to make this change.

Security Agencies Say They Are Ready For August Polls Exercise