by Linda Amiani
in Health
0 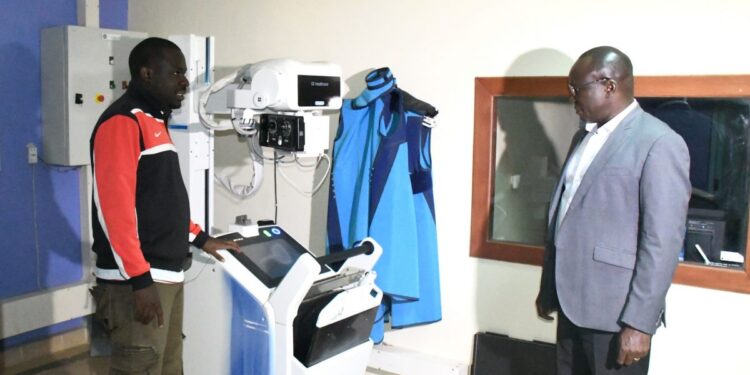 Busia Deputy Governor Arthur Odera has said the county and the national government are working closely to ensure there is strict surveillance at the border to limit entry of the Ebola virus into Kenya.

Odera made the assurance on Thursday after making an impromptu visit to Kocholya Level Four Hospital in Teso North Sub County.

His sentiments follow a reported Ebola outbreak in a village in Central Uganda.

He said: “We are closely working with the national government which has the interventions that can be implemented in the country’s border points. Besides, we are educating the public so that everyone remains vigilant.

We are calling upon everyone at the border to take advice from the national government and remain observant by ensuring that when anyone shows signs of Ebola, we should be informed quickly so that such persons get the required medical help to limit chances of transmission.”

The Ebola disease is a severe and often fatal illness in humans caused by Ebola virus. The virus is transmitted to people from wild animals and spreads in the human population through human-to-human transmission. Based on previous outbreaks, up to 67% of infected cases die.

On Wednesday Kenya’s Ministry of Health issued an alert to all counties across the country following a reported Ebola outbreak in the neighbouring Uganda.

The move according to the Health Cabinet Secretary Mutahi Kagwe follows an alert forwarded by the Ugandan government to Kenya in line with East African Community Health protocols over a detected outbreak in Ngabano village of Madudu Sub County, Mubende District in Central Uganda.
The alert also stated that as part of the interventions put in place by the Kenyan government, all county administrations have been urged to remain vigilant and enhance surveillance especially at the border, activate rapid response teams to support identification of any suspected cases and make prompt reporting.

Besides there is need to screen at risk populations including travelers, truck drivers, bush meat handlers and healthcare workers as well as sensitize the community to identify suspected cases.

The counties have also been urged to sensitize healthcare workers on infection, prevention and control measures, case management and sample management and to mobilise relevant stakeholders to initiate prevention, preparedness and response measures.

The ministry has also advised members of the public to take precautions while visiting Uganda as well as the Democratic Republic of Congo.

Additionally they are advised to watch out for any person presenting with acute onset of fever especially if in contact with persons with history of travel from Uganda or the Democratic Republic of Congo within the past three weeks.

Other signs to look out for include vomiting, diarrhea, abdominal pains, headache, sore throat, measles-like rash, red eyes as well as bleeding from body openings.