US Imposes Covid Tests for Visitors from China 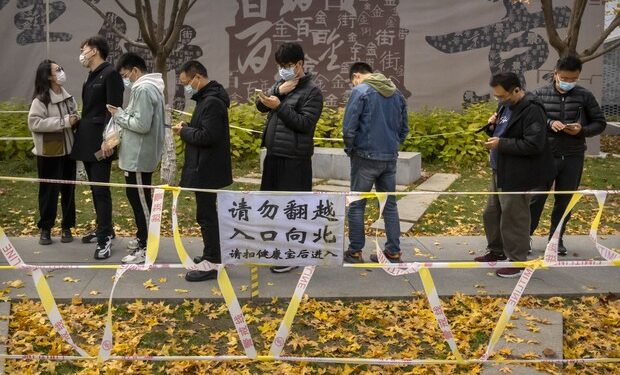 The US is among the countries that have imposed Covid testing for visitors from China, after Beijing announced to re-open its boarders next week.

Italy, Japan, Taiwan, and India also announced mandatory tests, but Australia and UK said there were no new rules for travelers from China.

Covid cases have been surging in China within the last few months, with authorities locking down major places.

Despite the Country claiming to open boarders to the outside world after three years, there is reason for worry as this means people can travel anywhere in the world.

China is reporting about 5,000 cases a day, but analysts say such numbers are vastly undercounted – and the daily case load may be closer to a million. Hospitals are overwhelmed and residents are struggling to find basic medicines, according to reports.

The US Centers for Disease Control and Prevention said this was needed “to help slow the spread of the virus as we work to identify… any potential new variants that may emerge”.

Also Read: Ivorian Troops on Trial in Mali as Deadline Looms in Row

Before the pandemic, China had been the world’s largest outbound tourism market. But it’s unclear how many Chinese people will travel abroad after 8 January given that the number of flights is limited, and many citizens need to renew their passports.

China’s decision to reopen its borders marks the end of the country’s controversial zero-Covid policy which President Xi Jinping had personally endorsed.

Musk has Mishandled Twitter; Tesla, hitherto his Biggest Asset, is Paying the Price