We Have Tallied Votes and Victory Is Ours – Karua 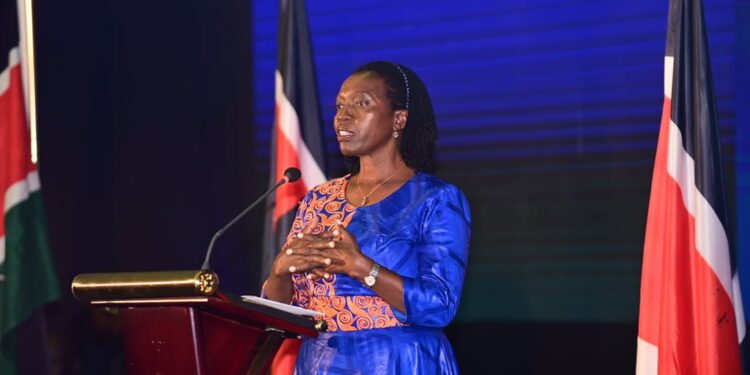 Azimio la Umoja-One Kenya presidential running Martha Karua has expressed confidence that the coalition is headed for a victory as vote tallying continues.

Speaking at KICC where Azimio newly elected leaders have converged, Karua said they were waiting for Independent Electoral and Boundaries Commission (IEBC) confirmation after they tallied the votes.

“We have tallied our votes and the victory is ours. If we had the authority, we could have called it for ourselves, but that is the work of IEBC,” Karua said.

She also asked the leaders to continue guarding presidential votes at Bomas of Kenya.

“I want to thank those who have been at Bomas to guard our votes. We must make sure that there is no infiltration at all and that is the work of the agents and that is why we have them,” she said.

Karua further said she was happy about the votes Azimio got from the Mount Kenya region, saying the results would have been disastrous for the coalition if they did not intervene.

“The election would have been called for them (UDA) were it not for your efforts. Those who lost the election in the region, your efforts are not in vain. We will work together once we form the government,” she added.