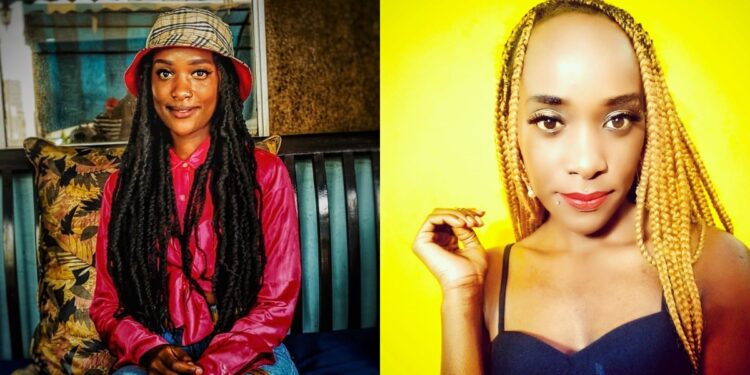 Former Kibra MP Aspirant and musician Tasha Xclusive has come out guns blazing to accuse a local NGO of mistreating its employees and volunteers.

Tasha Xclusive, a revered Public Policy practitioner has outed Mzazi Foundation for refusing to pay some of its employees, including herself.

Speaking exclusively to The Kenya Times, Tasha Xclusive disclosed Mzazi Foundation management has refused to pay her salary despite her endless efforts to have the same sorted.

According to Tasha Xclusive, Mzazi Foundation’s Finance Manager, blatantly told her she will not be paid her salary despite having worked for the organisation.

Tasha Xclusive told The Kenya Times, her seniors started coming up with excuses to deny her the salary.

Tasha, who is also a popular artist noted that efforts to get help from the organisation’s chairman, Willy M Tuva have borne no fruits.

According to Tasha Xclusive, the management has been taking her round in circles and frustrated her as she tried to get her dues.

The lass who has worked for the Mzazi Foundation for about 6 months disclosed the organisation has in the past been delaying its workers’ salaries and paying them way past 10th of every month.

The situation got worse in August 2022, as the NGO refused to pay her the month’s salary, holding they had put her contract on hold.

She noted that her boss did not communicate the aforementioned to her and only brought up the issue when she started asking for her dues a couple of days ago.

“I have been begging Mzazi Foundation to pay me my August salary for almost two weeks now. They have been taking me in circles and finally told me they will not pay me. They say they had put my contract on hold but they never communicated that to me. I have been working the entire August and have not received my salary. It is unfair because they have inconvenienced me. I have rent, school fees and other bills to pay but they have completely refused to pay me.” Tasha Xclusive said.

Also Read: Bridget Achieng Embarrasses Herself After Posting About Married Men, Side Chicks On Son’s Instagram

Tasha Xclusive insisted that the Mzazi Foundation management has been talking to her recklessly and even threatening her instead of trying to sort the issue amicably.

She wrapped up by stating she will not take legal actions against Mzazi Foundation but will amplify her message online to help other young girls looking to get employed by the NGO, so that they don’t get duped and go through what she went through.

Tasha Xclusive vied for the Kibra MP seat in the just concluded General Election but did not clinch the seat.

The Public Policy expert is also known for her prowess in rap, having won several rap battles in Nairobi and Mombasa.

She is currently riding her with her latest tune, Hello.