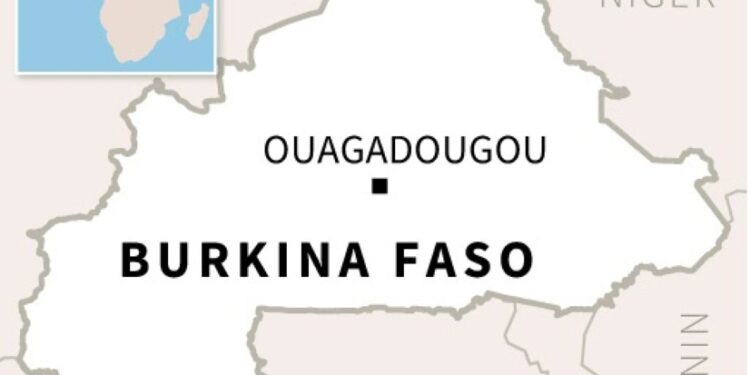 Security forces are searching for about 50 women kidnapped by suspected jihadists in insurgency-hit northern Burkina Faso, a regional governor said on Monday.

“As soon as their disappearance was announced, efforts were launched to find all of these innocent victims safe and sound,” Sahel regional governor Lieutenant-Colonel Rodolphe Sorgho said in a statement.

“All means available are being used, in the air and on the ground, to find these women,” a security source told AFP.

“Aircraft are flying over the area to detect any suspect movement.”

Sorgho said more than 50 women were taken on Thursday and Friday around Arbinda, in an area under blockade by jihadist groups and dependent on food supplies from outside.

“While they were out looking for wild fruit, these wives, mothers and girls were wrongfully taken by armed men,” the governor said.

Several women managed to escape and return to their villages to raise the alarm.

According to local officials, the army and civilian auxiliaries had carried out unsuccessful sweeps of the area.

The landlocked West African country is one of the poorest and most volatile nations in the world.

Since 2015, it has battled an insurgency led by jihadists affiliated with Al-Qaeda and the Islamic State group that has killed thousands and displaced around two million people.

“Everything must be done to avoid a tragedy or a recurrence.”

France, Burkina’s ally and former colonial power, issued a statement condemning the abduction and calling for the women’s immediate release.

Civilians have often been targeted in Arbinda and surrounding areas.

In August 2021, 80 people, including 65 civilians were killed in an attack on a convoy taking them to Arbinda.

In many parts of Burkina, crops can no longer be cultivated because of the conflict.

In November 2022, Idrissa Badini, a civil society spokesman, raised the alarm about the situation in Arbinda, saying: “The population, which has used up its reserves, is on the verge of a humanitarian disaster.”

The United Nations says nearly one million people are living in blockaded areas in Burkina’s north and east.

Disgruntled army officers have carried out two coups in Ouagadougou in the past year, in a show of anger at failures to roll back the insurgency.

He has made security the regime’s No. 1 priority, beefing up an volunteer militia and setting his sights on “reconquering territory occupied by the hordes of terrorists.”