Embu Family In Agony Over Disappearance Of Twin Boys 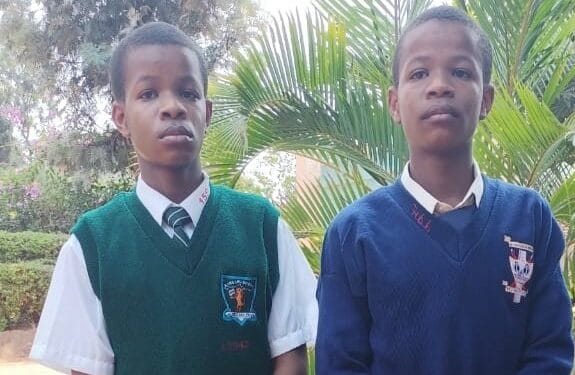 A family in Rupingazi Estate in Embu Town is in shock following the disappearance of their twin boys on Tuesday afternoon as they prepared to report back to school.

According to their mother, Naisera Muthoni, the 15-year-old identical twins, Leon Macharia and Ryan Mwenda who are in form two at Moi High School Mbiruri and Kangaru Boys High School respectively vanished around midday.

She said they took off to an unknown destination leaving their uniforms and school bags behind when she went out of their sight to prepare to drop them in their respective schools.

Muthoni, a teacher at Nyangwa Boys High School, said they had spent the better part of the morning hours preparing for the school reopening and nothing seemed abnormal with the boys. She said the boys have had no indiscipline issue since birth and the only concern they had with the parents was being separated in secondary school.

Muthoni said the concern arose this holiday but they downplayed it and never thought it could escalate and force them to run away from home. “They severally asked us why we sent them to different schools yet they were being challenged by their peers why they agreed to be separated,” the distraught mother said.

The mother said their decision to separate them was informed by the need to help them develop their individual character and personality as they had since birth been together and doing everything jointly.

She said the only information she got from the boda boda operator plying the route is that they boarded one of the bikes and requested to be dropped at the Nairobi bound matatu terminus in Embu Town.

The worried mother who is now pleading with members of the public to help trace them said the only money they had on them was Sh. 2, 000 she had given them as pocket money.

Comedian Y.Y Insinuates Mammito Left Butita Because He Was Broke