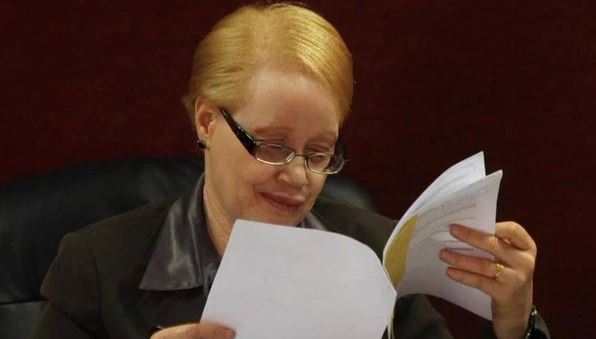 Rose Momanyi, a local businesswoman, has been directed by a Nairobi court to surrender all her assets to the government over links to drug trafficking.

High Court judge Mumbi Ngugi made this ruling where she will lose assets worth millions of shillings. She declared that funds held at Sidian Bank and Diamond Trust Bank in Rose Momanyi’s name are proceeds of crime.

Momanyi was arrested at her residence on June 14th, 2019 in Kinoo, Kiambu county. During her arrest, 796 grams of heroin were recovered. She was then charged with trafficking in narcotic drugs.

Justice Mumbi noted that the Assets Recovery Agency (ARA) has a prima facie case against her, adding that the court treats the assets as proceeds of crime since she failed to explain the sources of her wealth.

As a result, she is required to forfeit to the State a fleet of five buses, a saloon car, and KShs 1.7 million held in two accounts at Sidian Bank and Diamond Trust Bank.

Momanyi was arrested at her home in Kinoo on June 14th, 2019, with detectives recovering 796 grams of heroin from the house. She was later charged with trafficking narcotics.

She is said to have used two proxies, Thomas Kunduti and Margaret Mugo, in registering her vehicles. Justice Mumbi found inconsistencies in Mugo and Momanyi’s statements with the former indicating that the latter sold her one of the vehicles for KShs 2.7 million while the other quoted KSh 3.1 million.

“Perhaps Momanyi was attempting to use Thomas and Mugo to conceal her assets but given the obvious contradictions and disparities in their averments, it is clearly not a well-thought-out ploy,” said Justice Mumbi.

Momanyi deposited the Sh1.7 million in her accounts in tranches to avoid scrutiny, according to ARA.

She told the court that some of the money was from the sale of a parcel of land in Kakamega County and inherited a further Sh500,000 from her late husband. Momanyi also claimed she earned money from her matatu and second-hand clothes businesses.

But Justice Mumbi said the accused failed to provide credible documents to prove the money came from her businesses.

“She has, however, placed handwritten documents in which she avers that her matatus were often hired for long-distance journeys. There is no way of authenticating these documents,” the judge said.

Unpacking Kenya’s Petty Politics of Morality: Where We Get It Wrong