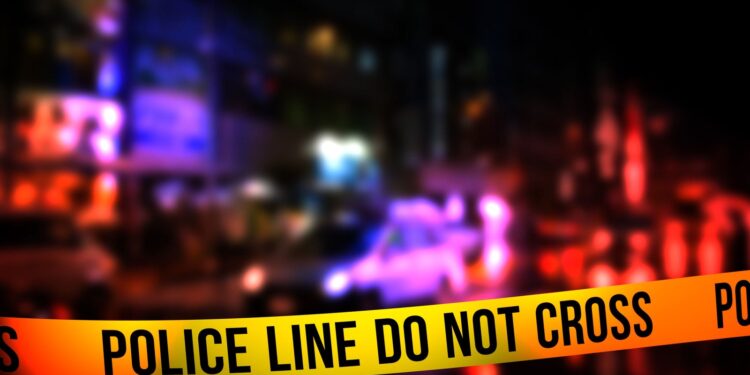 Philip Sitienei, a senior officer with the Kenyan Immigration office has been shot dead in Turkana.

He was reportedly gunned down by unknown gunmen on Sunday, May 9th, 2021, at the Lokichoggio border town in Turkana West, while on his morning routine run.

Organized Hitmen
Assistant County Commissioner Kennedy Omollo, confirming the incident, said 43yr old Sitienei was murdered by highly trained assailants, who knew and had prior knowledge of his movements.

According to Mr. Omollo, there were two assailants, going by the footprints found at the scene, about 2km from Lokichoggio town.

“The deceased was murdered after assailants ambushed him and shot him several times. We have launched an investigation into the incident,” Omollo said.

“Why would the assailant shoot him and collect the spent cartridges at the scene?”

After canvassing the scene, the detectives managed to recover a spent cartridge

Target
According to the Police, the incident occurred at around 7.30 am and were notified by a motorist who spotted the body lying on the road about a kilometer from a military camp.

Mr. Omollo, said the attackers had targeted Sitienei, who runs in the morning on the said highway.

The administrator said police officers rushed to the scene and found the body in a pool of blood; the deceased sustaining a gunshot wound on the head, shoulder, and leg.

The body was taken to Lodwar County Referral Hospital mortuary awaiting an autopsy.

Mr. Omollo said security around the area has been intensified as police look for the killers.

Ethiopia lashes out at WHO chief for Tigray war remarks