The POW's say they are 'already considered dead' 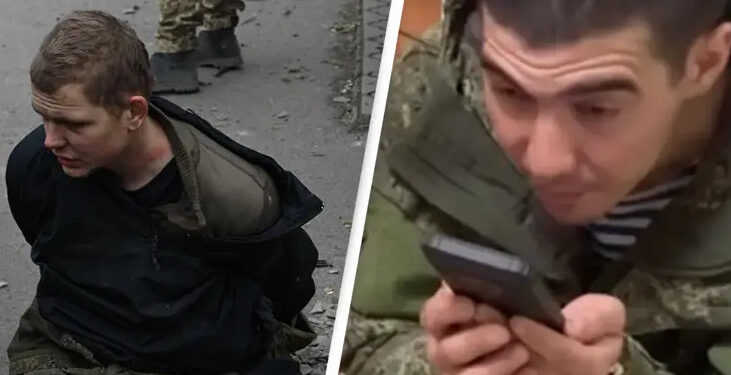 While President Vladimir Putin has been vocal in his praise of Russian troops, reports have flown in around soldiers disobeying orders and of the Kremlin leader having overestimated the capabilities of his force.

While the Ukrainian defense ministry has invited mothers of captured Russian soldiers to travel to Kyiv to collect them, troops have since claimed they will be ‘dead’ if they return back to their country.

Speaking at a press conference in Kyiv, a soldier from the 2nd Motor Rifle Division said he fears being killed when he is returned to Russia, reported the Daily Telegraph on Thursday.

“In Russia, we are already considered dead,” said one of the captured soldiers. “I was given the opportunity to call my parents and they told me that a funeral for me had already been arranged.”

“If we are exchanged, then we will be shot by our own people.”

Another captured Russian soldier described on Tuesday how he was shot at by his fellow troops when they tried to protect Ukrainian civilians.

His comrade, a lieutenant, was killed by his own side when trying to save a woman in her 20s, and her mother, after Russian soldiers were given orders to fire on civilians on February 24 in Kharkiv.

The captured soldier claimed he was shot in the foot, and the lieutenant killed, when other troops realized the pair weren’t shooting at the civilians.

Another military personnel stated: ‘I wasn’t even aware of going to kill [people]. They wanted us to go to war like cannon fodder. All of us were shot immediately.’

The captured Russian soldiers spoke on March 2 said the invasion of Ukraine was in ‘complete disarray’, according to voice recordings obtained by a British intelligence company.

The intercepted radio messages indicated that troops are refusing to obey central command orders to shell Ukrainian towns and are complaining about running out of supplies of food and fuel.

The recordings are among around 24 hours of material obtained by intelligence firm ShadowBreak since the invasion of Ukraine began last week.

Other video recordings are said to show Russian soldiers retreating into Russia after becoming frustrated.

The Telegraph reported a text message sent by a soldier to his mother is alleged to have said: ‘The only thing I want right now is to kill myself.’

A senior US defense official told the New York Times on March 1 that some troops have been deliberately punched holes in their vehicles’ petrol tanks in the hope of avoiding combat.

In a second video released by the Ukrainian Security Service on Facebook, a Russian military technician was questioned, and claimed deserters are being threatened with seven years of jail time.

Several of the videos were posted on a Telegram channel set up on Saturday by Ukraine’s Interior Ministry called ‘Find Your Own’.

President Vlodymyr Zelensky’s government have also opened a telephone hotline for Russian parents to find out if their sons are among the dead or captured.

They were told the Ukrainian government had been deposed, and that they were going in a ‘liberators’ who should expect only light resistance.

Instead, Russian soldiers found themselves led to the slaughter as Putin’s forces met heavy resistance in the first few weeks of the invasion.

This week, Ukrainian authorities said more than 12,000 Russian soldiers had been killed, a number that could not be independently verified.

If you would like to donate to the Red Cross Emergency Appeal, which will help provide food, medicines and basic medical supplies, shelter and water to those in Ukraine, click here for more information