Countries across Europe and beyond ban Russian planes from ‘Democratic Skies’ 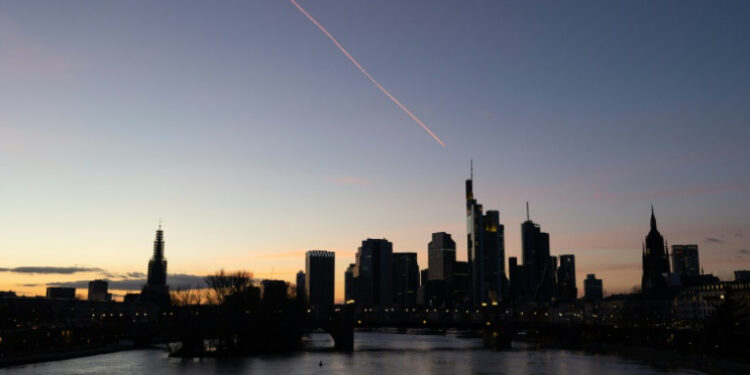 From north to south, European countries ban Russian planes from their skies in protest over Moscow's invasion of Ukraine | Yann Schreiber

Countries across Europe and beyond are banning Russian planes from transiting through their airspace in protest over Russia’s invasion of Ukraine.

On Friday, Britain announces an immediate ban on Russian private jets from UK airspace, in response to President Vladimir Putin’s invasion of Ukraine the day before.

The Czech Republic, Poland, and Bulgaria each say they will ban all Russian flights from their skies, starting from midnight.

“There is no place for planes of the aggressor state in democratic skies,” Estonian Prime Minister Kaja Kallas tweets.

Austria says on Sunday all Russian flights will no longer be able to use Austrian airspace or land at Austrian airports from 1400 GMT.

“We are doing everything to show Vladimir Putin that we do not accept his invasion of Ukraine,” Chancellor Karl Nehammer says in a tweet.

Germany says it will impose a three-month ban on all Russian flights, also from 1400 GMT on Sunday. Only humanitarian flights will be exempt.

France announces it will close off its airspace from Sunday night, in response to the invasion.

Belgium says it will not accept Russian aircraft either.

“Our European skies are open skies,” says Prime Minister Alexander De Croo. “They’re open for those who connect people, not for those who seek to brutally aggress.”

Finland, Sweden, Denmark, Norway, and Iceland say they too will not accept any Russian planes.

Finland, which shares a 1,300-kilometre (800-mile) border with Russia, “is preparing to close its airspace to Russian air traffic,” Transport Minister Timo Harakka tweets, without giving a time.

Italy and Spain, too, say they are shutting off their airspace. Malta says it is also doing so to show “full solidarity with Ukraine”, while Portugal followed suit Sunday afternoon.

North Macedonia’s government on Sunday also bans all Russian aircraft from its skies but says humanitarian flights will be exempted.

Canada on Sunday closed its airspace to “all Russian aircraft operators”, Transport Minister Omar Alghabra said on Twitter, for its “unprovoked attacks against Ukraine”.

In tit-for-tat punitive measures, Russia on Sunday closes its airspace to flights operated by carriers from Estonia, Latvia, Lithuania, and Slovenia.

A day earlier, it had closed its airspace to flights from Bulgaria, Poland, and the Czech Republic.

On Friday, it banned all UK-linked planes from its skies.

One dead in new violence at Zimbabwe opposition rally