Horticulture Earnings Increase By 6pc In 2021 In Kenya 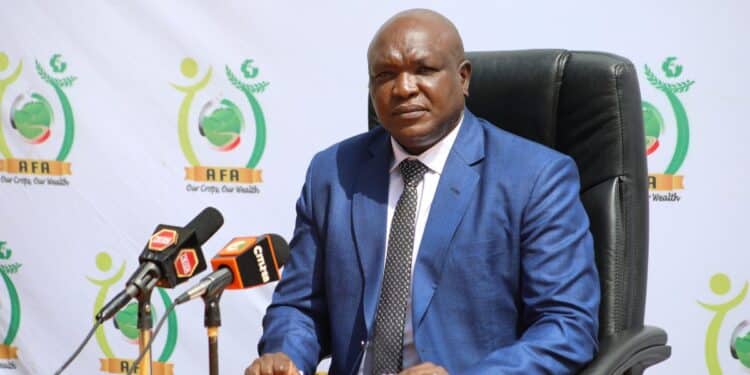 Kenya was the leading exporter of Avocado in Africa and among top 10 world’s largest exporters last year, with Murang’a leading with 31 percent total production.

However, Kenya only exported 10 percent of its total avocado production showing there is a niche and also a gap that can be exploited.

The Director also confirmed that in the same period, newcomers Nyeri, Laikipia, Elgeyo Marakwet and Uasin Gishu have nearly doubled the area under production and are counties to watch in the Avocado production in the next two years when the crops come to bearing.

Giving the horticulture performance as a whole from January to November this year, Tito said that last year avocado farmers returned Sh14.41 billion in the review period compared to Sh14.48 billion the same period last year.

“Volumes of the highly sought commodity in the local and international market went up to 84.5 million kilos from 70.3 million kilogrammes recorded between January-November 2020,” he said.

Tito however confirmed that the Directorate in conjunction with other value chains have closed the Avocado harvesting season from 15th November to early January 2022.

He explained that the season was closed to prevent export of immature Avocados which he said has negatively affected the image of the country in the overseas market, in addition to interfering with the cropping cycle of trees thereby reducing projected volumes in subsequent harvests.

“The closure of the season was necessitated by a surveillance that was conducted during the month of September, 2021, in major avocado production agro-ecological zones to ascertain the volumes of avocado fruits that can be exported by either sea or air,” he stated.

Tito however noted that the review to open avocado exports will be done on the 15th of January 2022 with allowable off season sizes for varieties of Hass and Fuerte limited to a maximum size code of 22 and 24 respectively.

For the Jumbo variety, the Director said the size will be limited to minimum size of code 20 which is 184Kg to ensure maturity is observed

Overall, Tito confirmed that the Horticulture sector has remained resilient over the last one year and it is projected to remain so but warned that this can only work if all players self-regulate and be disciplined in terms of export as stipulated in the code of practice for horticulture.

This, he attributed to the increased volumes despite the average export prices achieved being low compared to those achieved in 2020. The total volume and value of horticulture exports reached 313 million kilos with a value of Sh150 billion,” he said.

The total volume of exports, he added, increased by 85 million kilos representing a 30 percent rise that was attributed to increased demand especially flowers and vegetables.

The Director confirmed that the demand for the fresh produce has started picking up as most of the export destinations started relaxing the protocol of the Covid-19 pandemic.

On resumption of mango exports to the EU market after a seven-year self-ban, Tito stated that all logistics have been worked out and soon the exporters will start shipping the fruit after EU approval allowing exports of hot water treated mango.

“In July, Kenya exported the first hot water treated mango consignment successfully to Italy and it was found to be compliant in both phytosanitary and quality aspects,” Tito noted.

The Agriculture Sector is the mainstay of Kenya’s economy contributing 29.3 percent to the GDP and accounting for 80 percent of national employment. According to the Kenya Economic Survey 2020, the leading subsectors in 2020 were Dairy, Horticulture and Tea respectively.