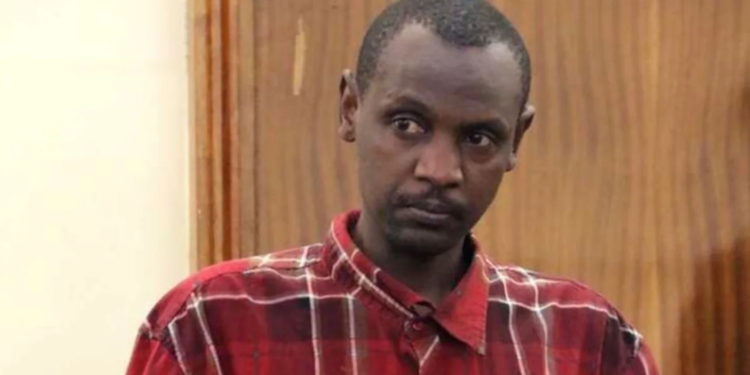 Collins is the son of the late Jonathan Toroitich, Moi’s eldest son, who passed away in 2019.

Gladys Jeruto Tagi has accused Toroitich, son of the late Jonathan Toroitich, for neglecting their two children aged 9 and 11 years.

Marital History
Gladys met and married Collins in 2008, according to court documents, and sired two children together, a boy and a girl, before deciding to divorce four years down the line, in 2011.

In a case filed before Principal Magistrate Benjamin Limo, Tagi claimed Collins abandoned his children eight years ago, leaving all responsibilities to her.

Since then, she claims to have been struggling providing for the children, as she does not have a stable income.

She also claims that Collins had never taken responsibility for both children despite being a well-off businessman adding that efforts to reach Toroitich were deemed futile as she alleged that he had blocked her phone number.

Through her lawyer David Mongeri, Gladys Jeruto Tagi wants the court to compel Toroitich to give her KSh 1 million per month to cater for food, rent, education, and entertainment.

Tagi a well known politician, had contested for the MCA Koibatek Ward seat in the 2017 General elections but lost to Musa Cheruiyot.

Toroitich is not new to controversy.

In 2016 he was accused of stealing his daughter’s phone worth KSh19,000 at a birthday party in Nakuru.

The case was later withdrawn after both parties agreed to settle the matter out of court.

The Moi Family court issues: Philip Moi
The Moi family has been embroiled in paternal issues before, as this is not the first time the family has been on the spot in court regarding parental responsibilities.

The former President’s son, Philip Moi, found himself in court after his ex-wife Rossana Pluda sued him for failing to care for their two children.

She sought Philip to pay KShs 1.8 million for alimony, after their divorce.

Phillip was ordered to pay his wife Rosanna Pluda and their two children Sh250,000 per month in maintenance, but Phillip refused saying he could not afford it.

This led to a protracted court battle that saw the two fight all the way to the Court of Appeal, with Philip arguing that due to his financial constraints, he was unable to meet Pluda’s demands.

In 2012, he urged the court to declare him bankrupt noting that he was living with the aid of his rich relatives.

Pluda, however, disputed the claims stating that Philip was living a well-off life and owned multibillion properties and businesses.

In a recent turn of events, Phillip agreed to pay Pluda part of the KShs 1.8 million in order to settle the pertinent issue.

African nations gear up to polish image at Dubai Expo

Green Future is Cause for Worry in S.Africa’s Coal Belt