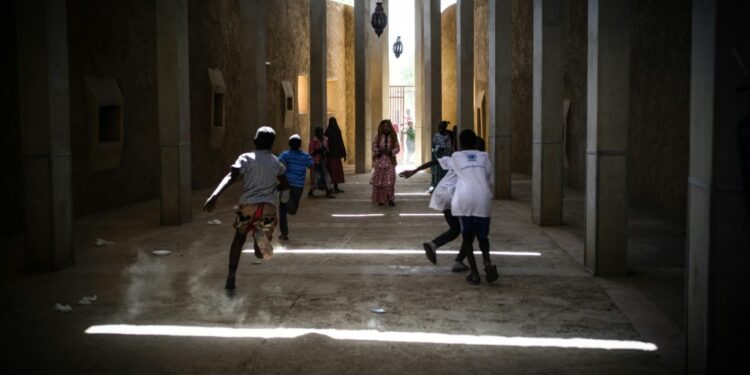 Without birth certificates, Mali children are barred from officially enrolling in schools and obtaining educational certificates, according to the Norwegian Refugee Council group: IMAGE/AFP

Nearly 150,000 children displaced by violence in jihadist-torn Mali have no birth certificates and could be denied education as a result, the Norwegian Refugee Council (NRC) said on Monday.

The children either lost their birth certificates as their families fled their homes, or simply never had one because of civil service dysfunction in the deeply troubled country, it said in a press release.

“Without them, children are barred from officially enrolling in formal schools, taking exams and obtaining educational certificates,” the charity said.

“The lack of school and birth certificates combined will also deny children a fair chance at formal employment in the future.”

A total of 422,620 people were registered as displaced in Mali in August, according to a figures compiled by the UN and Malian authorities.

Of these, more than half of displaced children — 148,600 — “do not have state-issued birth certificates proving their legal identity,” the NRC said, describing the tally as “staggering.”

“Unless this issue is addressed before these children reach adulthood, they risk being denied freedom of movement. They will not have the right to vote, nor will they be able to own or rent a property.”

The impoverished landlocked state has been struggling with a jihadist insurgency now in its 11th year.

Around 7.5 million people out of a population of some 20 million need emergency aid, according to UN figures.

In many parts of the worst-hit areas, the state often has only a negligible presence.