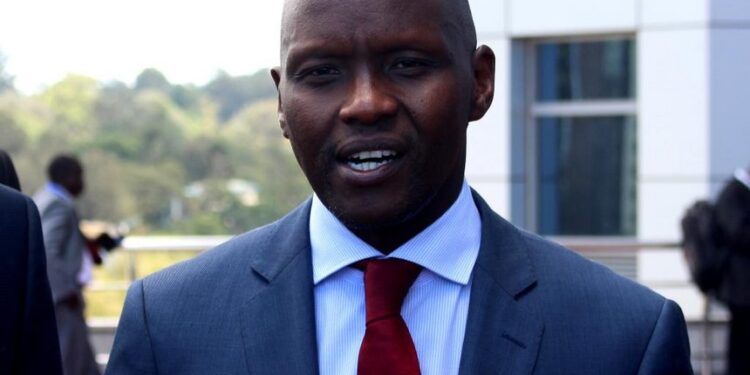 The KPC Board appointed Sang as the new MD after he was cleared of corruption allegations the previous month.

The AG said that there is no law that bars appointment of acting MD from outside KPC.

“We note that the Circular does not make provision for the course of action in the event that no suitable officer is available from both the agency and the Ministry,”

“It is our advice that there is nothing in the law and in KPC’s constitutive and governance instruments that bars the appointment of an acting Managing Director from outside KPC and or the parent Ministry as long as there is compliance with the referenced Circular,” Muturi said in a letter copied to Head Public Service Felix Koskei, Treasury CS Njunguna Ndung’u and Energy and Petroleum CS David Chirchir.

Sang has taken the position previously held by Samson Macharia Irungu, whose term ended this month. The KPC Board did not renew Irungu’s contract after his three-year term was up.

In a letter, the Board stated that Irungu’s contract was terminated because he showed no interest in continuing in the role.

However, Irungu has taken legal action and filed a case at the Employment and Labour Court to contest his dismissal.

“An Acting Chief Executive Officer is to be appointed by the Board in consultation with the parent Ministry within 7 days thereof,” the letter reads.

“Where the Board is unable to source an acting replacement within the agency, the Chairperson shall consult the respective Cabinet Secretary to select a suitable officer from within the Ministry, who shall be seconded to the State Corporation, and appointed by the Board or as specified in enabling legislation.”