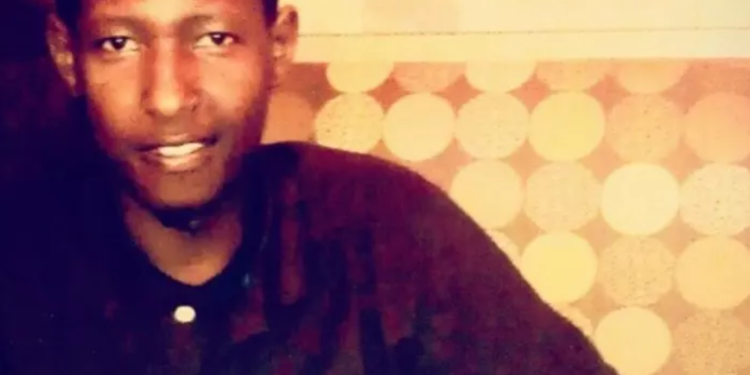 Evans Gathaga Muhia, a diaspora Kenyan who lived in Atlanta has been found dead.

Evans went missing last week and had the Atlanta Kenyan community looking for him. He was later found dead by the Douglas County Police in Lithia Springs at a creek next to where he lived.

The social media missing persons posts that were widely circulated, asked if anyone had seen him since Saturday last week, and should contact a Bishop Mwawasi if found.

Bishop Mwawasi is a church leader based in Marietta, Georgia; it’s reported that he was the last person the young Evans sought out due to personal issues.

His body pending further investigations has been identified, as he wore a common Kenyan flag beaded bracelet Kenyans are fond of wearing.

Police have concluded that he never jumped into the creek but rather slid down as his shirt was caught by trees before landing into the waters; a fisherman later found the body and called the police.

According to his Facebook page, Evans was a former aircraft Engineer at the Kenya Wildlife Service.

He then eventually moved to U.S, and like most Kenyans do, worked in various warehouses before becoming a truck driver.

Those that learned of his disappearance and were close to him, took to task to know his where abouts; they found his truck parked at the very spot he used to park, with the reefer unit in the back still running.

Mr. Muhia has an aunt living in Atlanta who is coordinating his funeral arrangements.