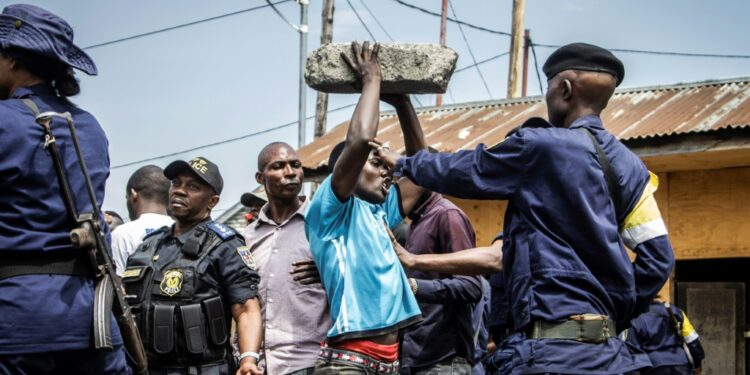 The town is adjacent to Rwanda, with two border posts which link it to the Rwandan town of Gisenyi: IMAGE/AFP

Sandwiched between Lake Kivu in the south, the Rwandan border in the east, volcanoes and Virunga national park in the north, Goma is central to the Democratic Republic of Congo’s natural riches and bloodshed.

A decade ago, the city was occupied for just over a week by M23 rebels, who are again menacing the region.

As with the rest of the huge central African country, Goma’s population is difficult to establish.

But estimates put the number of residents at between one and two million, making it the third or fourth largest city in the country.

The town, 1,500 kilometres from Kinshasa, is adjacent to Rwanda, with two crossings linking it to Gisenyi in Rwanda — usually abuzz with traders selling their products on either side.

Goma’s lake port allows smallholders and traders to transport vegetables and livestock products from the shores and the island of Idjwi, in the middle of the lake, by motor canoes.

Speedboats shuttle back and forth from Bukavu, on the lake’s southern tip.

Goma is also served by an international airport and a highway which leads to the north and provides access to Uganda.

The region is known for its fertile soil, producing vegetables, coffee and cheeses.

The city’s emblematic “chukudus”, large wooden scooters that withstood the advent of motorbikes, roll down the city’s slopes, laden with construction materials and produce from the fields.

Goma and Kivu came to worldwide attention in 1994, at the end of the Rwandan Tutsi genocide, when the town and then the region were overwhelmed by Hutu refugees.

Among them were perpetrators of the genocide, some of whom are still in armed groups active in eastern DRC.

In the wake of the genocide, the DRC has seen two regional wars, between 1996 and 2003, during which Goma was at the forefront, the backdrop to fighting and occupation.

Goma has seen two eruptions from the nearby Nyiragongo volcano, one in 2002 and again in 2021, compounding the hardships faced by residents.

Despite evident challenges, the city, with its volcanic and dark soil and temperate climate, is among the most dynamic in the DRC.

It benefits financially from the presence of humanitarian and UN personnel deployed in the region in response to the violence.

Britain to Launch the First Space Craft from Home Soil