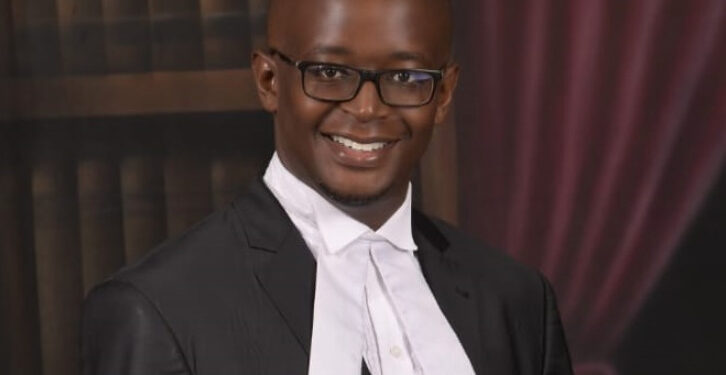 Eric Theuri is the newly elected president of the Law Society of Kenya (LSK) after emerging victorious in the Thursday elections.

Eric Theuri succeeds outgoing LSK boss Nelson Havi who has thrown his hat into politics and is eyeing the Westlands Parliamentary seat on a United Democratic Alliance (UDA) party ticket.

Theuri, the former LSK Nairobi branch chairperson, commended the electoral process that the Independent Electoral and Boundaries Commission (IEBC) carried out as he thanked his competitors for conceding defeat.

“All glory to God. Thanks, my worthy competitors for a race well ran and conceding defeat. We forge forward,” said Theuri in a statement after his win.

Theuri, in his victory speech, said it is time for unity, adding that the past should be forgotten.

The advocate said he will strive to bring the society back to its glory days and that he will accommodate divergent views and find ways of ensuring the more experienced lawyers and their younger colleagues who feel left out merge and strike a working formula.

Nelson Havi took to social media to congratulate the newly elected president as he promised to offer his support and guidance.

“My friend Theuri Eric Njeru, the weight of public office will for 2 years weigh heavily on shoulders as the 50th President of LSK. Unlike my predecessor, I will let you work and support you should you require my counsel. May you succeed where I failed and improve on what I did,” Havi stated.

At the same time, Faith Odhiambo clinched the Vice President position by securing 1,734 votes  followed by Ajwang Debra with 1,328 votes and Boniface Akusala with 1,333.

The newly elected council will assume its roles on March 25, 2022 during LSK’s Annual General Meeting (AGM).

'We Are All Set,' OKA Coalition Principals Say As They Sign Coalition Deal