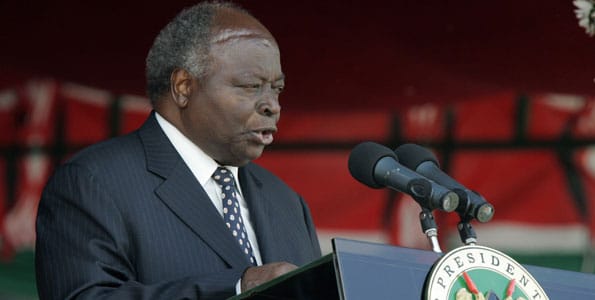 Kibaki served as the third president of the Republic of Kenya from 2002 to 2013.

President Kenyatta has declared a period of mourning, including the flying of flags at half-mast until a state funeral is held for Kibaki.

“We remember the values by which he lived, the ideals he embraced, his dignity and diligence, his candour and concern for the well being of all Kenyans,” Uhuru said.

He further described him as a brilliant debater.

“His contributions as minister of finance and vice president saw Kenya’s economy grow steadily fuelled by a commodities boom as well as fiscal and monetary policies that were the backbone of his economic philosophy.”

Kibaki died on Friday at the age of 9o.

He was the only surviving former president.