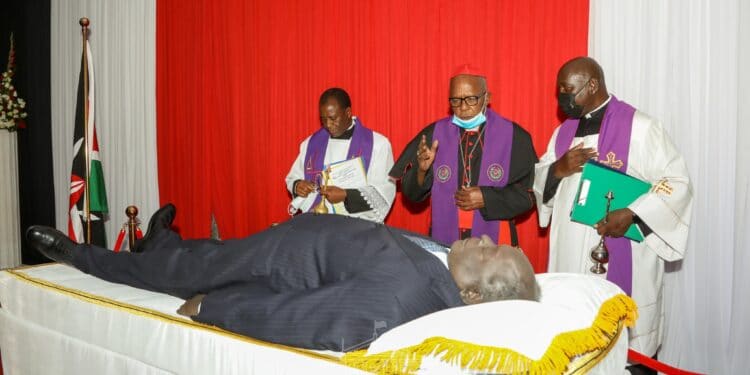 The body of retired President Mwai Kibaki on Wednesday morning arrived in parliament for the final day of public viewing.

The viewing of the former Head of State’s body began on Monday with a procession that was led by President Uhuru Kenyatta and first lady Margaret Kenyatta.

Kibaki’s death was announced by President Kenyatta on Friday, April 22.

He had been ailing for about three years, but his health deteriorated in the last three months, the family said.

The former President’s body has been lying-in-State at parliament buildings the past three days, as is tradition for former heads of state.a

He Was a Loving Husband: Magoha’s Widow Pays Tribute