“I Was Not Aware of Any Impeachment Attempts on Uhuru”, Raila 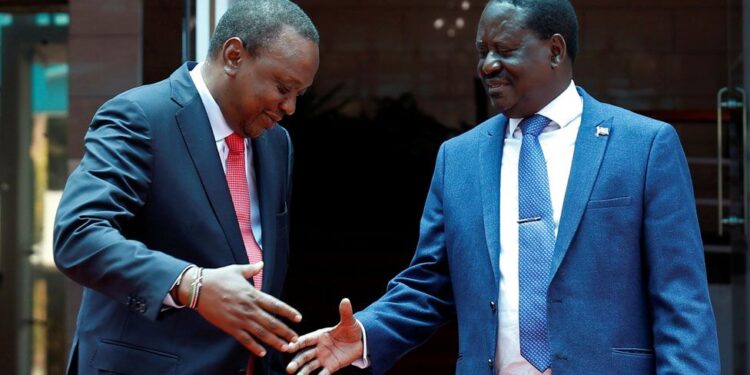 Former Prime minister Rt. Hon. Raila Odinga has claimed that he was not aware of any impeachment attempts against President Uhuru Kenyatta.

Speaking on Tuesday after a meeting with the Universities Academic Staff Union, the Azimio la Umoja flagbearer said he could not comment further on the matter as he had no idea of its happening.

“I am not aware of any impeachment attempts or claims on President. I’ve got nothing to say,” Raila told Citizen TV after a session with the union.

This comes a day after Deputy President William Ruto denied the impeachment claims allegedly made by President Uhuru in a meeting with Mt Kenya elders.

In a meeting with elders at the State House on Saturday, Uhuru is reported to have said that his deputy had made plans to impeach him before his term ends.

Mathoya MP, Peter Kimari, who was among the 3,000 elders, told a local daily that Ruto was trying to use Raila to topple him out of office.

“The president told us that Ruto was going behind his back, planning how he could close ranks with Raila to impeach him at an appropriate time,” Kimari said.

But speaking in Kilifi County on Sunday, Ruto told Uhuru to stop spreading falsehood saying, “those known to overthrow the government are known”.

He further said that Uhuru was spreading rumours because Kenyans have rejected ‘his project Raila’.

Ruto added that he could not have planned Uhuru’s impeachment since he is the one who helped him win the 2013 and 2017 presidential elections.

UN Says Somalia Famine Risk Worst in Half a Century