“I Will Walk In Kibaki’s Shoes And Reclaim Nairobi’s Lost Glory,” – Polycarp Igathe 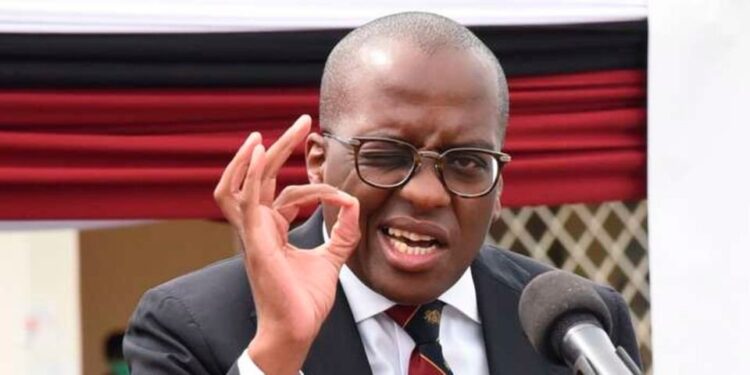 Nairobi gubernatorial hopeful Polycarp Igathe says he will walk in the footsteps of former President the late Mwai Kibaki and reclaim Nairobi’s lost glory if elected Governor in the August polls.

The former deputy governor revealed on Tuesday that Kibaki was his mentor and knew his playbook well.

“I thank God for his sense of humor, the day Kibaki left, I came and I will continue to walk in his shoes,” Igathe said after viewing Kibaki’s body which is lying in State at Parliament.

President Kibaki died on April 22, 2022 the day when also Igathe was formally unveiled as the Azimio La Umoja One Kenya Coalition candidate in the Nairobi gubernatorial race.

The former Deputy Governor who had a brief stint in office during the tenure Of Governor Mike Sonko noted that he opted to study economics because of the influence Kibaki had on him.

“I studied his life from the time he was in Mangu High School going to Makerere University. I read his memoirs, I interacted with him. I met him and really got to interact with him,” he said.

He credited the former Head of State with being a true gentleman who practiced clean politics.

“I remember him for being a politician and a leader who enlightened who believed in light and not heat. Many of people in politics today like to generate heat but Kibaki generated light,” he said.

Decolonizing Ethnic Solidarity: Why Kenyans Must Free Themselves from Traditional Authority of Tribal Kingpins