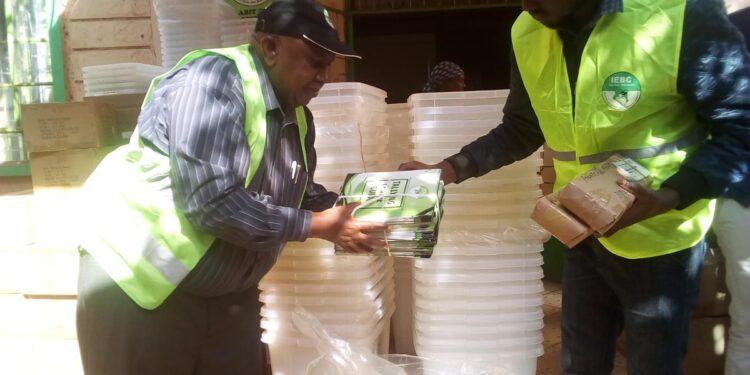 Residents of Marsabit town and its environs who have been experiencing a power blackout for the past one week have called on the Kenya power and lighting company (KPLC) to move with speed and restore the electricity.

The company has been rationing the commodity to the consumers for about a month now but the supply turned erratic last week before grounding almost to a halt this week.

The blackout has adversely affected delivery of services in both government and private offices while businesses like garages, welding, salons and barber shops, car wash parlors and cyber cafes are at stand still.

The independent electoral and boundaries commission (IEBC) county returning officer Joseph Mutwewa told KNA that the commission was not taking chances and has made plans to procure generators for use at the tallying centres on the polling day.

Mutwewa said all logistics pertaining to the August 9 general election were complete save for the reliability of power adding that pressure and oil lamps would be supplied to all the 448 polling stations across the county.

“Plans have been finalized and things are running smoothly as you can see we are dispatching voting materials to the constituency offices” he said as he supervised loading of electoral provisions for North Horr constituency.

The electoral body has also purchased power back banks as a measure to ensure that voting equipment like BVR kits run throughout the exercise.

Marsabit County KPLC business manager Jasper Ogeto attributed the problem to the breakdown of two of its three generators.

Mr. Ogeto said the operational generator cannot produce enough energy to meet the demand of the town and that efforts were being made to restore the power.

He said that spare parts have been sourced from Nairobi adding that a support team of engineers has also been dispatched from the headquarters to help in repairing the faulty generators.

The manager assured that supply would have been reinstated before the polling date and asked residents to be patient with the company as everything was being done to return them to the uninterrupted power supply.

Marsabit County commissioner Paul Rotich said arrangements have been made with the local KPLC management to direct the electricity supply to the offices in order to ensure that members of the public are accessing essential services.

Rotich pointed out that government work places were now automated and lack of power could adversely affect smooth delivery of services.

Many residents said they have been cut off from the rest of the world because their mobile phones had run out of charge for days hence they cannot transact business or contact their loved ones.

Parents with children attending school in far flung areas were yesterday in anguish coordinating their travel home after the ministry of education ordered for an immediate half term break as part of next week general elections preparations.

Ali Wako, a parent with a form two student at a secondary school in Embu said he learnt of the new development from a friend late this morning as his phone, radio and television has been off for the last three days.

Two Israeli police dead in ‘terrorist’ shooting on Sunday, in the northern city of Hadera