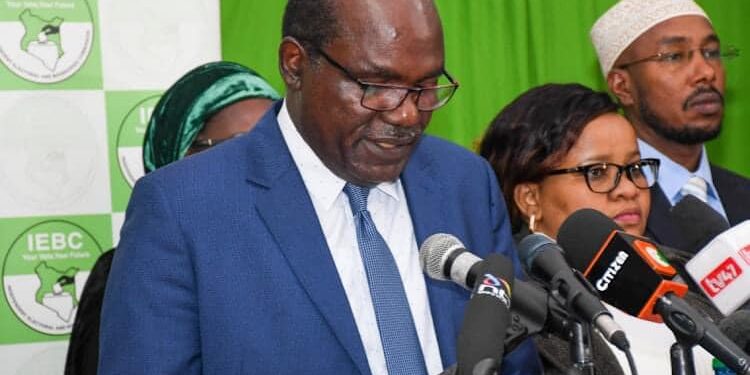 The Independent Electoral and Boundaries Commission (IEBC) has indefinitely postponed by-elections slated for 23rd August in Mombasa and Kakamega.

In a statement on Wednesday, chairman Wafula Chebukati said this is due to the harassment of commission staff at Bomas of Kenya on Monday.

“This has instilled fear within the staff who are now unable to report to the office for duty. This harassment must stop forthwith,” Chebukati said.

“In view of the prevailing circumstances, the Commission has postponed the by-elections slated for 23rd August 2022, to a date to be announced through a gazette notice,” Chebukati said.

During the announcement of the presidential results, Chebukati and commissioners Abdi Guliye, Boya Molu and CEO Marjan Marjan were physically attacked, assaulted and injured by people who were in the company of certain political leaders.

“We call for the arrest and prosecution of these assailants regardless of their political affiliation,” Chebukati said.

Also Read:KHRC Calls For Investigation Into The Death Of IEBC Official

Other than the Kakamega and Mombasa governor elections, IEBC had also slated elections in four constituencies and two wards on August 23 which all now stand cancelled.

Elections for Member of County Assembly in Nyaki West in North Imenti constituency in Meru county and Kwa Njenga in Embakasi South constituency in Nairobi County have now also been postponed.

U.S orders diplomats out of Ethiopia as rebels approach capital

DMX’s life will be honored at two livestreamed memorials. Here’s how to watch both

Corruption: Eventually, the long arm of the law catches up with everyone