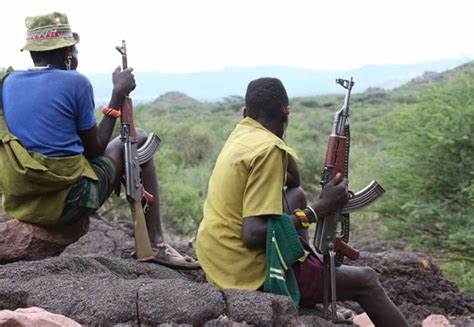 The Independent Policing Oversight Authority (IPOA) has condemned the inhuman act meted upon the civilians and dedicated officers who were carrying out their duties in Turkana County yesterday.

In a statement to newsrooms, the independent body said it was with shock and disbelief that they learnt of the heinous attacks on eight Police Officers and three members of the public in Turkana East Sub-County

Through its Chairperson Anne Makori, IPOA sent condolences to the families and friends of all who fell to the criminal attack that also resulted in loss of livestock.

“It is regrettable that Kenya continues to lose members of the public and security officers at the hands of criminal gangs,” said Makori.

Makori stated that for any country, losing security officers and members of the public through criminal action is a matter of immense concern.

She expressed that it is IPOA’s hope that there would be decisive action by the police leadership proportionate to the gravity of the crime committed in Namariat village.

“Over time, IPOA has made a raft of recommendations to the National Police Service arising from our monitoring of various incidents including the Mpeketoni and Kapedo attacks,” said Makori adding that if fully implemented, the recommendations would assist in the mitigation of the security challenges Kenya faces especially in operation areas.

Through the Chairperson, IPOA further cautions members of the public against attacking security personnel which is tantamount to challenging Kenya’s sovereignty and calls for a firm but lawful response by the police to ensure lasting peace across the country.

For the Turkana East attack, the statement continued, the Authority this morning launched a monitoring exercise spearheaded by its Inspections, Research and Monitoring Directorate to establish the circumstances around the attack and make appropriate recommendations for further action.

Makori nevertheless maintained that IPOA remains committed to being independent, impartial and fair.