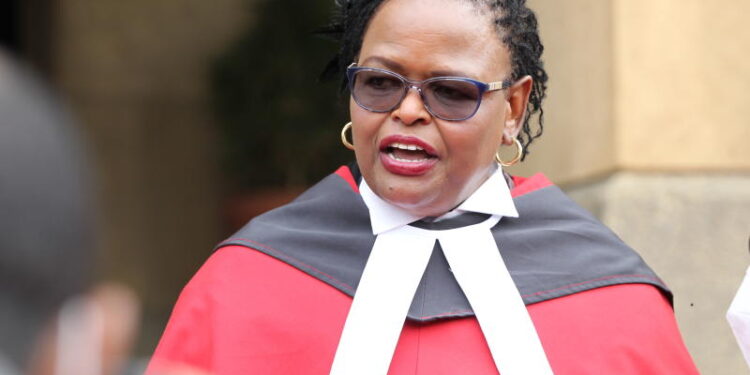 The Judiciary is seeking to train magistrates on electoral preparedness in a bid to ensure electoral justice is served on any disputes arising during the upcoming General Election.

Chief Justice Martha Koome on Monday said that 120 special courts had already been gazetted to handle election-related disputes countrywide, noting that the training will be conducted on the courts’ magistrates.

“We will soon also ask for a training to be mounted for 120 special courts that we gazetted in the judiciary to deal with the electoral offenses because we must continue to read from one script,” said the CJ.

“When a prosecutor is empowered knowing all the ropes in the electoral law it doesn’t make sense if they are appearing before a magistrate who has no clue about what a kims kit or an electoral offense is. We must move in tandem.”

CJ Koome , assured that the arm of the government is determined to build trust in the judicial system among Kenyans though upholding justice.

“No one is above the law, whoever commits an offense will be dealt with firmly and with fairness and justice,” she stated.

The chief justice was speaking in Nairobi during the launch of the Office of the Directorate of Public Prosecutions’s (ODPP) Compendium on Electoral Justice at the Kenya School of Government.

“We are also working on a plan to operationalize hate speech courts in hotspot areas to ensure that they are ready all the time to hear all these matters,” she added.

The Compendium is a tool for prosecutors when guiding investigators and prosecuting Election and Hate Speech offenses and the newly-launched compendium saw input from Zambia, Ghana and the United States.