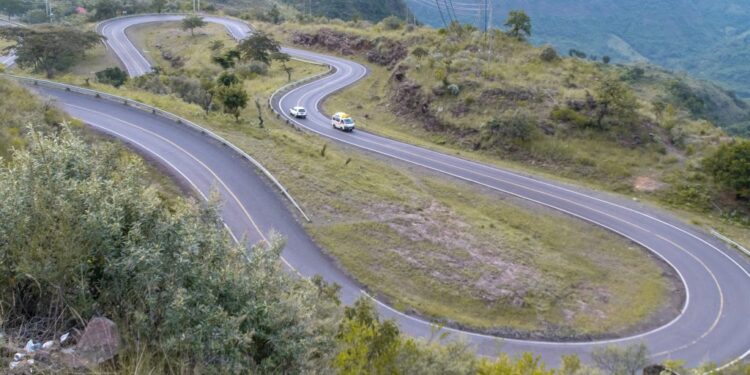 The Kenya National Highways Authority (KENHA) has mounted a crackdown on rogue sugarcane transporters, to tame rampant destruction of road infrastructure in the Nyanza region.

This follows a sharp rise in the number of cases, among them accidents involving sugarcane trucks and lorries leaving a trail of destruction on the Authority’s critical infrastructure.

KENHA Nyanza Regional Director, Eng. Julius Mak’oderoh, blamed the incidents on the free hand given to the transporters by sugar millers, making it difficult for them to monitor and check on their activities on the road while transporting cane.

“The sugar millers have outsourced this service by contracting the transporters. When we approach them on these issues they claim that they have no control,” he said.

The drivers, he said, were fond of freewheeling, especially when approaching a fly-over to gain momentum to move uphill resulting in accidents.

He specifically pointed out the Kasagam flyover, where a number of sugar cane trucks have rolled due to freewheeling.

“These facilities have been designed to be navigated at a certain speed. For example, the maximum speed for Kasagam fly-over is 40kmph. So a driver doing any speed above the limit is at risk of causing accidents,” he said.

Mak’oderoh said KENHA has directed the sugar millers to rein in on their contracted firms delivering cane in the region to restore sanity and safeguard the road network in the area.

The Agency’s officials, he said, have mounted a crackdown on the rogue transporters to ensure that they stick to the set regulations.

Among the regulations to be enforced is observation of the operating hours, adding that no sugarcane truck shall be allowed on the road before 6 am and after 6 pm.

Other measures include strict adherence to traffic rules and control of littering which has become synonymous with cane transportation.

“We have directed them to strap the sugar cane to avoid littering. Those found contravening these regulations will be apprehended and taken to court,” he said.

KENHA, he disclosed, continues to experience cases of vandalism in the area, adding that the patrol teams have rolled out a robust program to rein in on the vandals.

The vandals, he said, target metallic guard rails, street lights and signage along the 1,500 kilometers of road under KENHA in the Nyanza region.

Efforts to replace metal with plastic, he said, have been futile since the vandals still destroy them.

“We are conducting research to find out how best to deal with this menace. We must strike a balance between finding an appropriate replacement for the precious metal and dealing with the anger of the vandals who also destroy the alternative materials we use to replace metal,” he said.

Mak’oderoh urged members of the public to partner with the Agency and volunteer information to tame the vice.

Three Women Among Suspects Arrested For Kidnapping Man In Nairobi