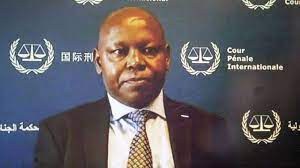 Lawyer Paul Gicheru, who was charged at the International Criminal Court for allegedly compromising witnesses has died.

Paul Gicheru died on Monday, September 26 at his Karen home.

Gicheru’s death was confirmed by his family who are yet to release a statement on the same.

The cause of is death is yet to be known.

The lawyer had been accused of tampering with witnesses through intimidation and bribery in the International Criminal Court case against President William Ruto, then deputy president.

The case against William Ruto failed in 2016, after the ICC judges ruled out, he had no case to answer as it had been tampered with politically.

ICC had issued an arrest warrant under seal for Mr. Gicheru on March 10, 2015.

In November 2020, Mr. Gicheru surrendered to the Netherlands authorities following an arrest warrant issued by chamber III of the ICC.

The court had issued arrest warrants for two other Kenyans, Phillip Bett and Walter Barasa for allegedly obstructing the court of justice.