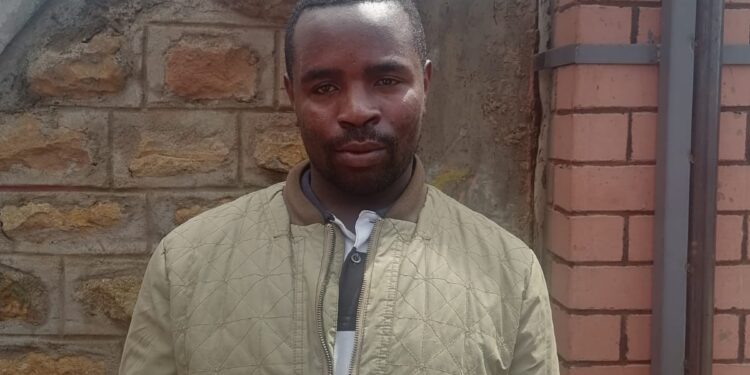 Zachariah Nyaora Obadia, the suspect believed to have been behind the sexual assualt incident perpetrated on a female motorist along Forest Road in Nairobi early this month.

Mr. Obadia, was arrested by detectives from Nairobi Area Operations at the Kenya-Tanzania border on Monday.

The DCI believes he was attempting to cross into Tanzania, a week after the uproarious harassment incident that sparked a nationwide crackdown on ‘boda boda’ operators.

In a statement last Tuesday, the DCI said the suspect was scientifically placed at the crime scene before he was traced down to Mukuru Kaiyaba informal settlement.

According to the DCI, The suspect was traced by detectives drawn from the Crime Research and Intelligence Bureau (CRIB) and DCI Nairobi but he however managed to narrowly escape the sleuths’ dragnet through a sewer duct in the densely populated settlement.

“Using digital forensics, the sleuths working with cybercrime experts at the DCI National Forensic Laboratory, placed the thug at the scene of the crime scientifically and went after him this afternoon deep in Mukuru Kayaba informal settlement,” read the statement.

The suspect is also alleged to have been positively identified on the video capturing the sexual assault incident by his wife and other relatives in his rural home.

The DCI further issued an ultimatum for the prime suspect’s accomplices to surrender saying that they too have been identified.

Plight of South Africa’s informal miners: ‘It’s all we have’